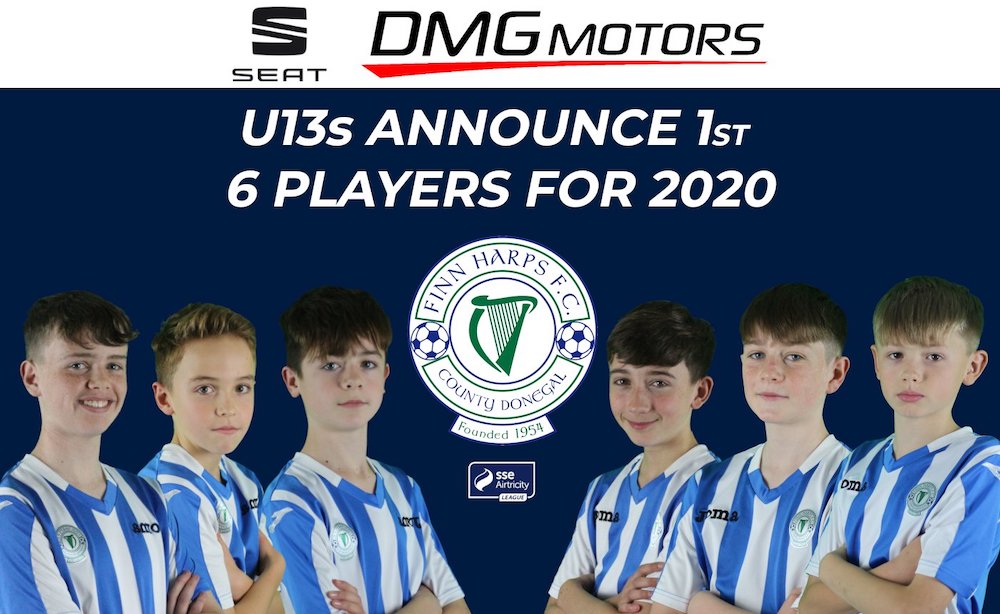 Finn Harps have announced the first six players who have joined the club ahead of the 2020 Under-13 National League.

Head of Finn Harps Academy, Kevin McHugh spoke about the influence of the League on player development.

“It’s a fantastic opportunity for these boys to come and play in the national league, the highest level at this age group in the country,” McHugh said.

“We seen last year from the 20 competitive games how much it progresses the players development wise.

“A lot of the boys in this squad are from local clubs which is great to see them lining out for Finn Harps.

“The boys are coming to us at such a good level and that’s testament to their previous clubs and coaches who have brought them this far.”

Harps have said that further announcements will be made in the coming days.