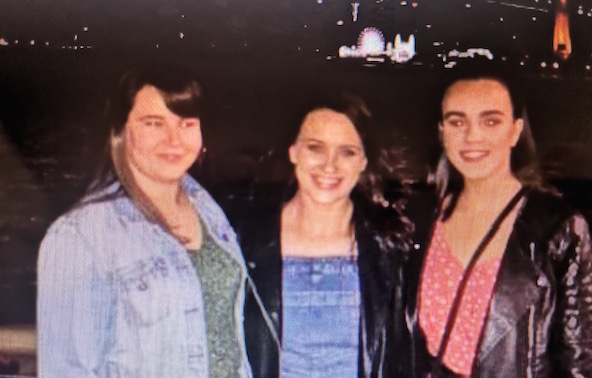 A fund to help a Donegal nurse killed in a freak accident in Australia has reached a staggering €63,000 in less than 24 hours.

Mary Ellen Molloy was killed when a tree fell on the taxi she was taking in Melbourne on Friday.

The 26-year-old from Ardara travelled to Australia sixteen months ago and was loving life Down Under.

However, Mary Ellen, from a well-known GAA family including her uncle and All-Ireland GAA winning captain Anthony Molloy, died just days before Christmas.

Now her local GAA club in Melbourne, St Kevins GAC, have organised a Go Fund Me page for Mary Ellen and her two friends, Sarah Fitzpatrick and Aoife Sheridan and who were also in the taxi.

All three are members of the club. Sarah was injured while Aoife thankfully managed to escape without any injuries.

The fund has received donations from around the globe.

Just a short time ago the fund had reached a staggering €64,000 and it is getting larger all the time.

A spokesperson for St Kevins explained “On the 20th of December three of our club members of St Kevin’s GAC were involved in a horrific car accident in Melbourne, Australia.

“The three girls work as nurses together and are close friends. We are devastated to learn that Mary Ellen Molloy has lost her life, Sarah Fitzpatrick has been injured and requires surgery and fortunately, Aoife Sheridan has been unharmed.

“We are setting up this page to assist the families in this heartbreaking time. The funds will go towards supporting the families and to help alleviate the financial pressure.

“Our thoughts and prayers are with the girls and their families.”

A huge amount of work is being carried out behind the scenes in a bid to repatriate Mary Ellen with her family back in Co Donegal.

Her parents Terence and Angela Molloy, as well as her brothers John and Karl, are being comforted by family and friends.

A full investigation is being carried out by Australian police into the circumstances surrounding the tragedy.

One theory being examined is that the large part of the tree which fell on the girl’s taxi may have been very dry because of Australia’s recent record-breaking dry period.