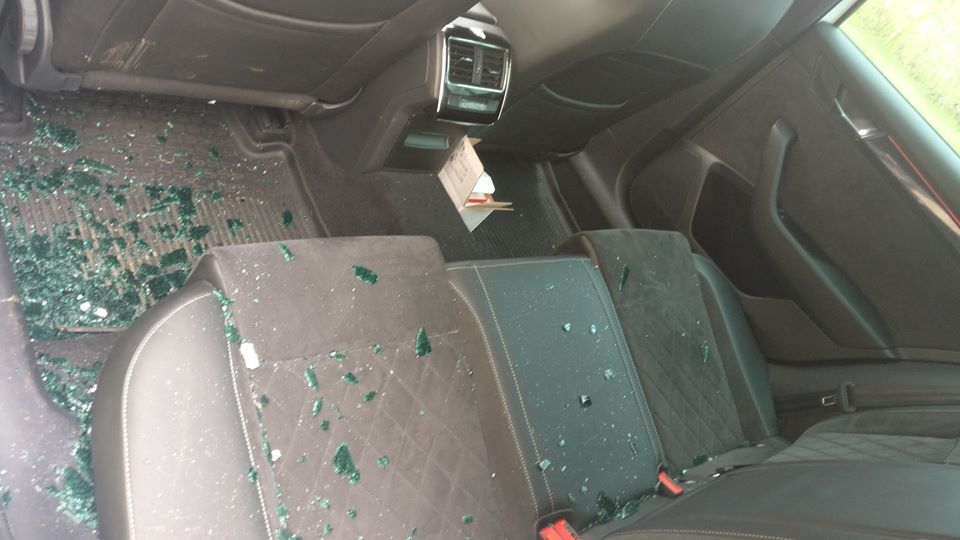 A Donegal driver received a shock last weekend when a glass bottle was thrown at their car.

The bottle hit a back window, shattering glass all over the back seats.

It was a stroke of luck that the driver’s young children weren’t in the car at the time.

The incident occurred in Quigley’s Point at 8.15pm on Friday night.

The man was on his way home passing along the river opposite the local bar when the bottle was launched at his car. 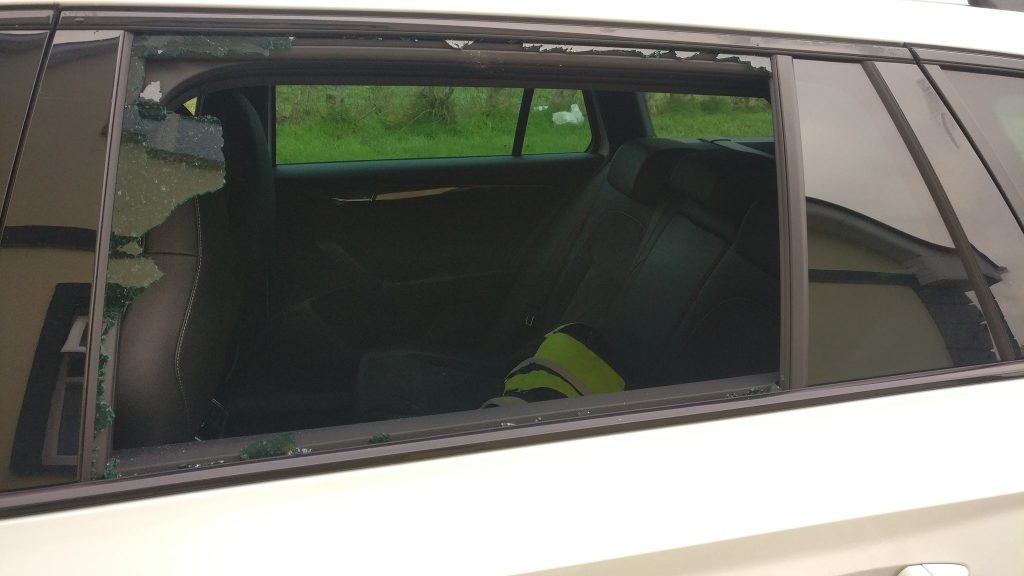 Sharing an appeal on Facebook, driver Oisin Brady said: “Why they threw a bottle beats me maybe not intending to hit my car but it did. I seen the two of them run off when I shouted at them, I chased them a bit but they disappeared up the field along the river and gone.”

The incident was reported to Gardaí, who Oisin said took two bottles away as evidence.

Oisin added his thanks to the people who helped him after the infuriating incident.

“Thanks to the men locally who were there support and help me look for them last night. Great community spirit locally as I lived here for year, these two scumbags do not reflect the people in Quigleys Point!”

Anyone with any information which can help the investigation is asked to contact Gardaí in Buncrana on +353 74 9320547.