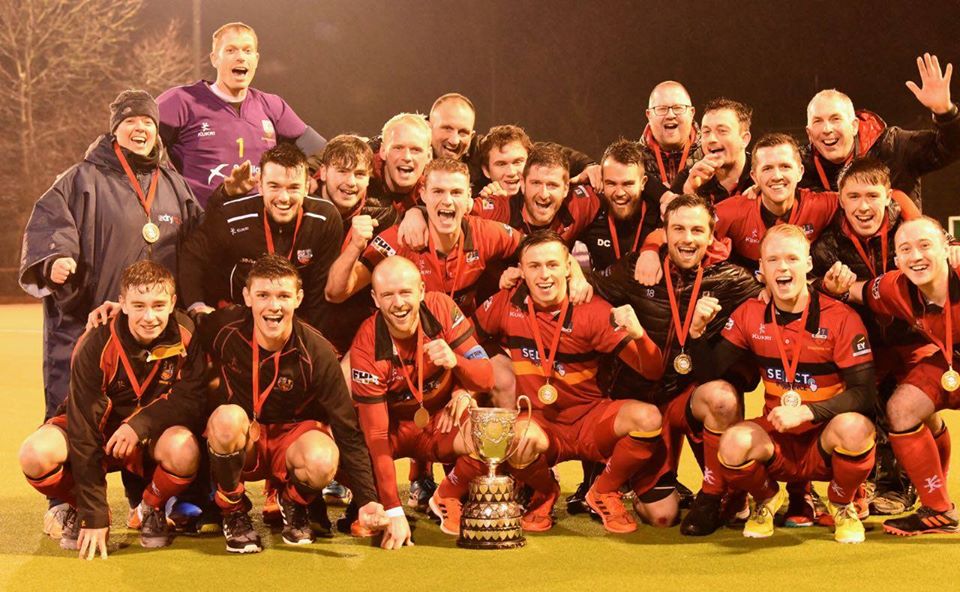 Three goals in a ten-minute spell – two from Josh Moffett and another by Johnny McKee – sent the Bann on their way to a 23rd title.

Although Andy Williamson and Daniel Nelson pulled goals back for ‘Garvey, Banbridge held on with Tinney making a lat block from a Williamson effort.

Tinney and Witherow cut their teeth at Raphoe Hockey Club before signing for top Premier League side Banbridge in the summer of 2017.

Last December, they defeated Lisnagarvey 4-1 in the Kirk Cup final.

It has been a big year for the Donegal duo. In the summer, they represented Ireland at the Under-21 European Tournament in the Czech Republic while Witherow got a call-up to train with the Irish senior squad in October.