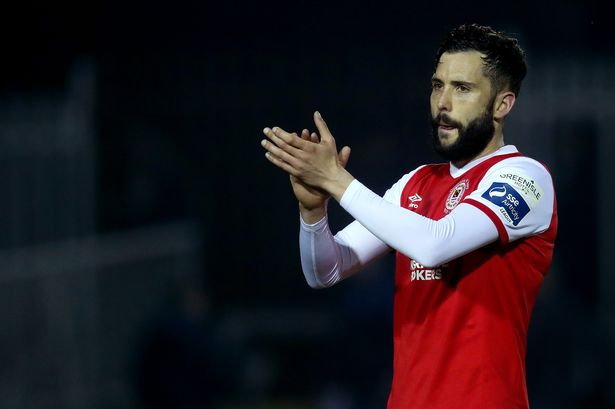 Webster was out of contract after appearing 25 times for Pat’s – who finished fifth in the Premier Division – in 2019.

Webster, who has played for Shamrock Rovers, Bray Wanderers and Waterford United, is relishing the challenge.

“I’d like to start off by thanking Ollie and the club for giving me this opportunity,” he said.

“Ollie laid out the challenges ahead and his ambitions for the club to kick on next season and hopefully I can come in and compliment the quality that already exists in the squad.

“I’m excited for the new season and what we can do.”

Webster’s signing comes hot on the heels of the arrival of former Shamrock Rovers and Galway United attacker Ryan Connolly.

Horgan said of his new signing: “Dave is a very talented player and has a lot of experience under his belt.

“We might have lost a couple of our more experienced lads over the past month or so but Dave has been around the league a long time and he’ll bring that to the squad. He’s up for the fight and we’re delighted to have him aboard.”