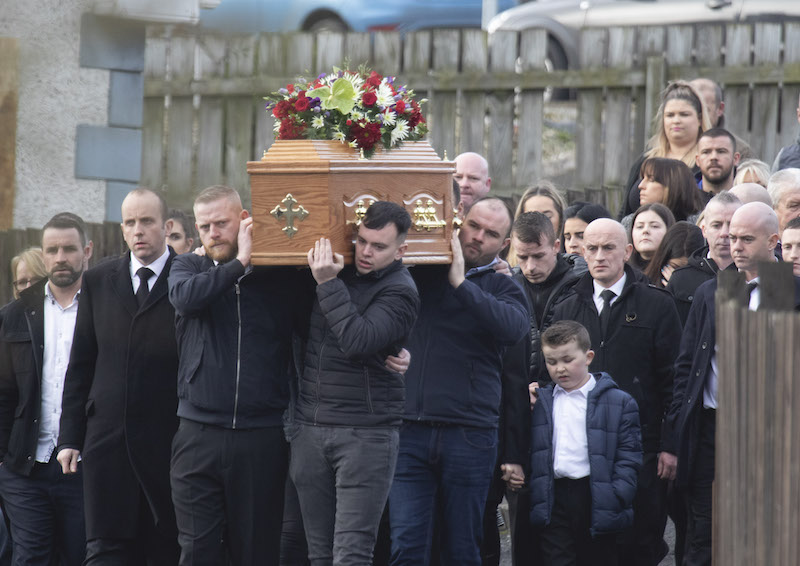 The 33-year-old died after his car crashed at Porthall in Lifford in the early hours of December 26th.

Shaun passed away a short time after his Vauxhall Vectra left the road at Glenfad, Porthall just before 12.30am on St Stephen’s Day.

Mr Kelly, a father-of-two from Lifford, initially survived the crash and was rushed to Letterkenny University Hospital, where he died a short time later.

“His car was his pride and joy and he always had it gleaming,” Mgr Carr recalled.

“I often wished that he had got his hands on my car. He would have been shocked!”

Mgr Carr told the congregation how Shaun had worked as a scaffolder most of his young life. A scaffolding spanner was among the gifts brought to the Altar, where a photo of Shaun and his sons rested atop the coffin. 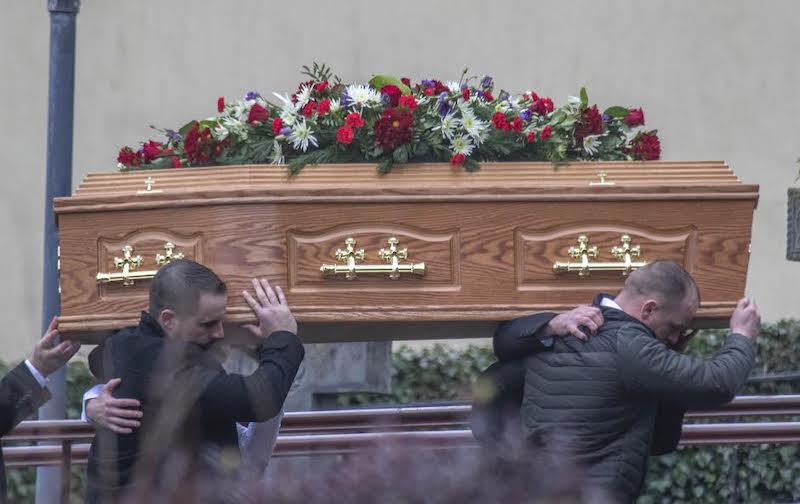 The remains of the late Shaun Kelly, being carried into St BaithÍns Church in St Johnston. (North West Newspix)

He said: “That job takes a lot of physical strength and he earned every penny he made. Scaffolders are perched up on heights like birds. It is a very demanding job,

“Shaun was an industrious young man and if he was out of work he would have ben always looking out.”

Mgr Carr said the Lifford native, who most recently lived in St Johnston, was ‘always smiling and ready to tell a funny story’ and remembered the close bond he had with his mother, Rosemary.

As Shaun was taken to his final place of rest, at the top of the adjoining cemetery, the drones of the bagpipes again set the scene amid tearful scenes.

Shaun  was the much-loved father of Kelvin and Ryley, dearly loved son of Rosemary and Michael and brother of Stephen, Leon, Michelle, Michael and Tegan. 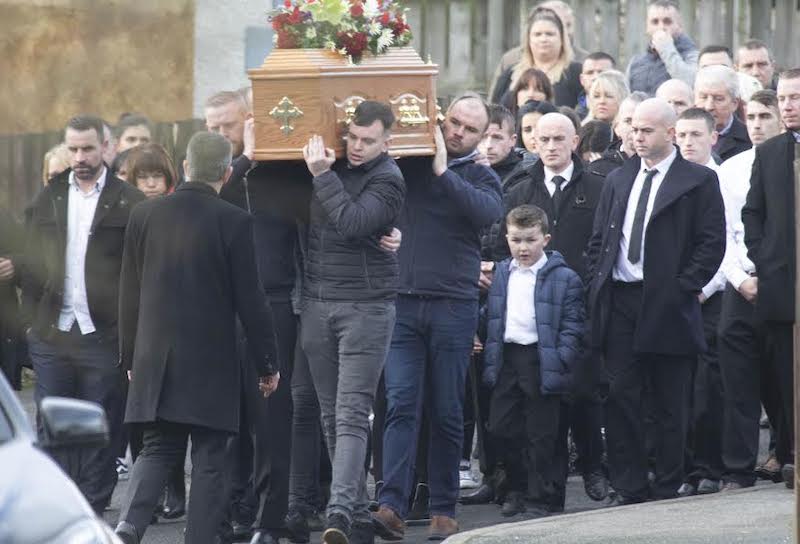 The remains of the late Shaun Kelly, leaves his home. (North West Newspix)

Pipes are calling as father-of-two Shaun Kelly is laid to rest was last modified: December 29th, 2019 by Staff Writer
Facebook0Tweet0LinkedIn0Print0
Tags:
' CAN YOU AFFORD TO LOSE ANYTHING THIS CHRISTMAS?' - BY SGT PAUL WALLACELiffordMonsignor Dan CarrPorthallShaun Kelly