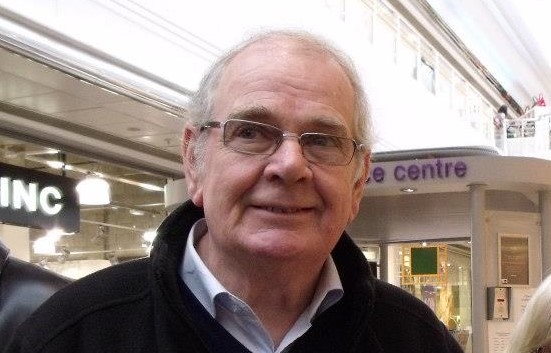 James Grieve is a very well known businessman in Letterkenny and is the owner of Grieve Engines in Crievesmith.

Born and raised on the Cullion Road, James started up his own business on the Church Lane in 1970.

He later relocated to Crievesmith where he built his garage, where to this day is still going strong.

James now runs his business along with his son Joe Grieve.

This is James’ “My Donegal”

Letterkenny because it’s my hometown. I was born and raised on the Cullion Road since 1945. I started working with Ted Cocks on the Market Square. I spent 7 years an auto electrician and then I went to the Lough Swilly Bus Company. I spent 4 years there as an auto electrician aswell. I started my own business in 1970, on the Church Lane, in a shed known as the Eggstore. I rented it from Maisey and Jack Harris. In 1972, I started engine reconditioning and to this day that’s still what I’m doing. Letterkenny holds a lot of memories for me.

I just enjoy every Christmas when the family and my grandchildren come around on Christmas eve to the party their Granny holds for them every year.

I would try to bring business back to the Main Street and the Lower Main Street of the town.

When Letterkenny’s accordion band won competitions. The first all Ireland they won was in the Guildhall in Derry in 1982. Altogether, they won 9 All Irelands in the Ulster Hall in Belfast.

The Station House Hotel, I go there every Sunday for my dinner.

I think the biggest problem people in Donegal face today is health. There’s low staff in hospitals and not enough hospital beds.

My favourite food I associate with Donegal would have to be spuds… or potatoes.

The Health System because of the points I made earlier, over-crowded hospitals.

Customer satisfaction, when i fix/service/re-build their engine.

James would like to wish all his customers a Happy New Year.