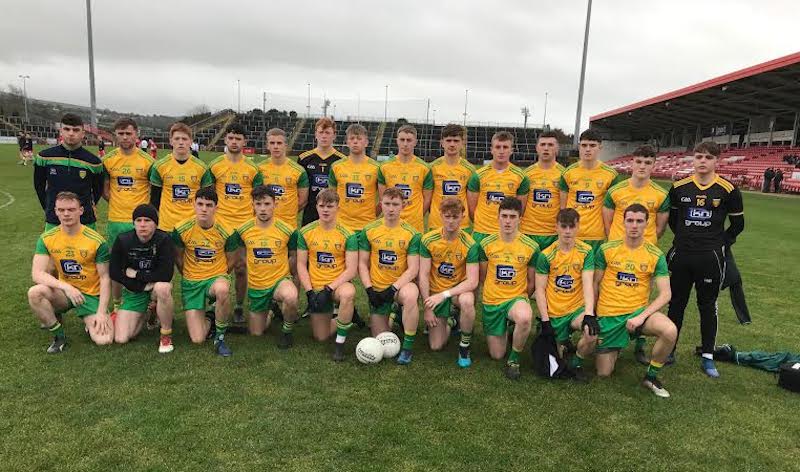 A LAST-GASP point by Ronan Frain rescued a draw for Donegal in the Leo Murphy Under-20 Cup at Celtic Park.

By Charlie Collins at Celtic Park

Keelan McGroddy scored twice from play in the opening five minutes but on each occasion Derry replied through Cormac Murphy and Jude McAtamney’s free.

Both teams had been guilty of risky kick-outs in that opening period and it was no surprise when Donegal conceded a poor goal in the 10th minute.

Ciaran Doyle intercepted Ronan McGeehin’s kick and set-up Conleith McGuckin who slotted the ball loe to the Donegal net and Derry led by 1-2 to 0-2.

That was to be their last score of the first-half as Donegal responded well to the setback of conceding the goal to score five points in a row without reply.

The impressive Aaron Doherty pointed from play and then from a free to leave a point between the teams and in the 19th minute Ethan Harkin scored from distance to level it up at 1-2 to 0-5.

Aaron Doherty edged Donegal ahead from long range a minute later and the visitors had a let-off when in a rare Derry attack midfielder Conleith McShane hit the post with a shot from close range.

Just before the half-time whistle Ethan Harkin got his second point from a 45m free and Donegal led by 0-07 to 1-02 at the break.

Peter McEniff with two and Ronan Frain gave Donegal a great start to the second-half  and they led by five points and Ethan Harkin should have made it a six point lead but kicked badly wide from 20m. 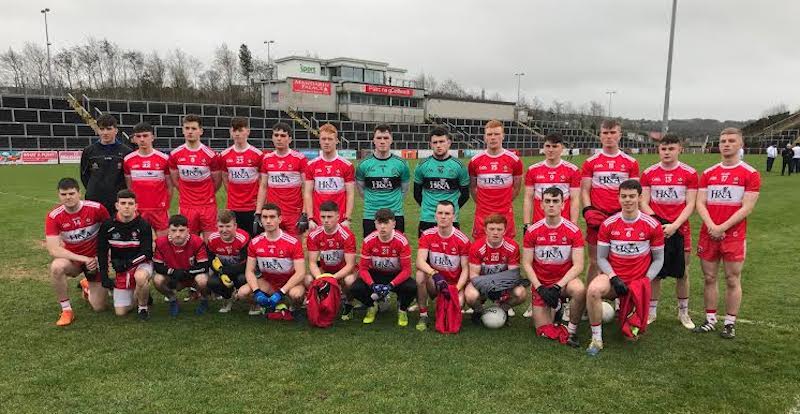 Then suddenly Derry sprung to life with a Keelan Friel  point followed quickly by two goals by Tiernan McHugh and Jude McAtamney in two minutes had the home team ahead 3-4 to 0-10.

Ronan Frain and Johnny McGroddy points left one point in it but sub Fergal Mortimer pointed to leave two in it again in the 56th minute.

Two minutes later a great goal chance for Donegal , Padraig McGettigan contested a long ball from midfield , the ball broke to the inrushing Aaron Doherty and a goal looked certain but Derry keeper Ryan Scullion pulled off a brilliant save to deny Doherty’s pile-driver.

It looked as if a game they should really have won was gone but to their credit they kept playing and two points from the excellent Ronan Frain in injury-time earned his team a draw.

Frain showed great composure on both occasions to find both the space and the finish that was required .