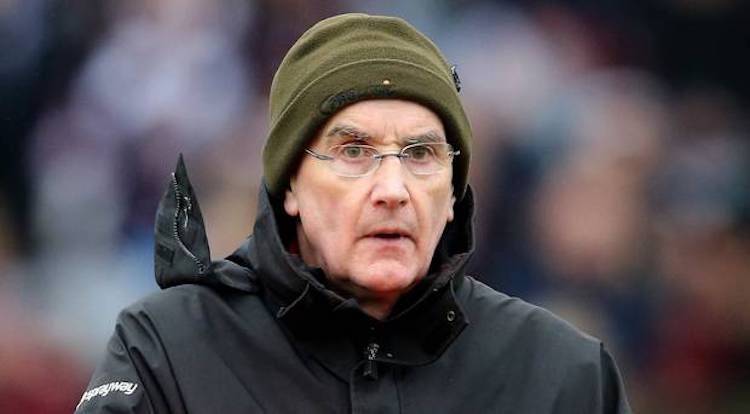 MICKEY MORAN continues to work his magic as the former Donegal manager has guided Kilcoo to the All-Ireland club final.

Kilcoo, the Ulster champions, defeated Ballyboden St Enda’s in one of today’s semi-finals.

Goals by Ryan Johnstone and Daryl Branagan helped the Down side to a 2-8 to 0-11 win at Kingspan Breffni Park.

Moran has been managing teams since the early 1980s and was still a player when he had the first of three stints as Derry manager.

The Maghera man was something of a surprise appointment last winter in Kilcoo, but now he stands back at Croke Park following today’s win.

Moran guided Slaughtneil to four Derry and three Ulster SFC, as well as taking the Robbies to an All-Ireland final appearance.

In the 1990s, Moran managed Derry to a National League title in 1995 having been coach of the Derry team that won the All-Ireland in 1993, when Eamon Coleman was manager,

Moran also took Mayo to Connacht glory in 2006 and was also involved with Urris last year during their run to the Donegal JFC final.