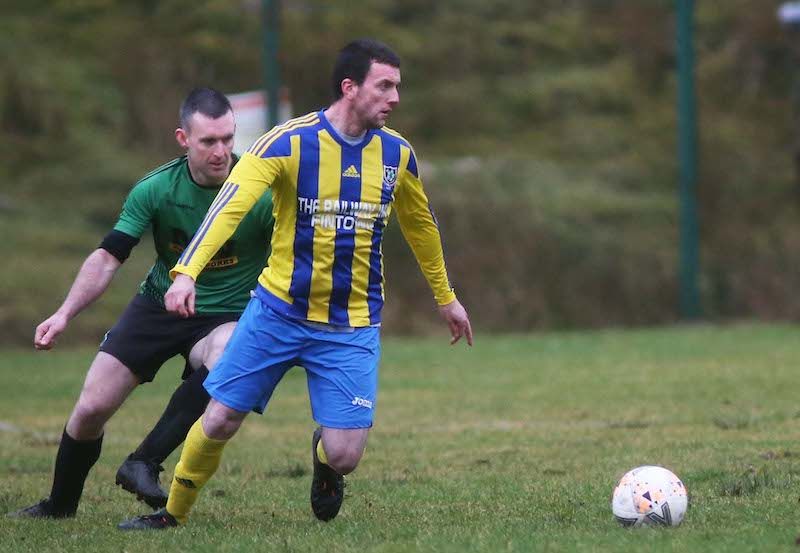 The League got back to action after the Christmas recess with the first action of 2020 taking place at Pairc Achla in Fintown.

The Harps entertained Glenea United Reserves on what was a dull day with persistent drizzly rain blowing down off the mountains.

Fintown took an early lead when a corner was diverted past the visiting ‘keeper amid a scramble, some thought it may have been an unfortunate own Goal as far as Glenea were concerned but it gave the hosts the upper hand.

Fintown pressed hard and put the Glenea back-line under real pressure. Glenea had three good chances but they were denied on each occasion by a competent Adam Molloy in goals for Fintown.

Midway through the first-half Fintown broke and a pinpoint pass played into Odhran McCallig saw the front-man rifle a bullet of a shot past the ‘keeper to double Fintown’s advantage.

Throughout the second-half Glenea pushed hard to get back into the game but with Molloy in fine form in goals it wasn’t going to be their day. Fintown had a few chances as well but failed to add any further goals to their tally.