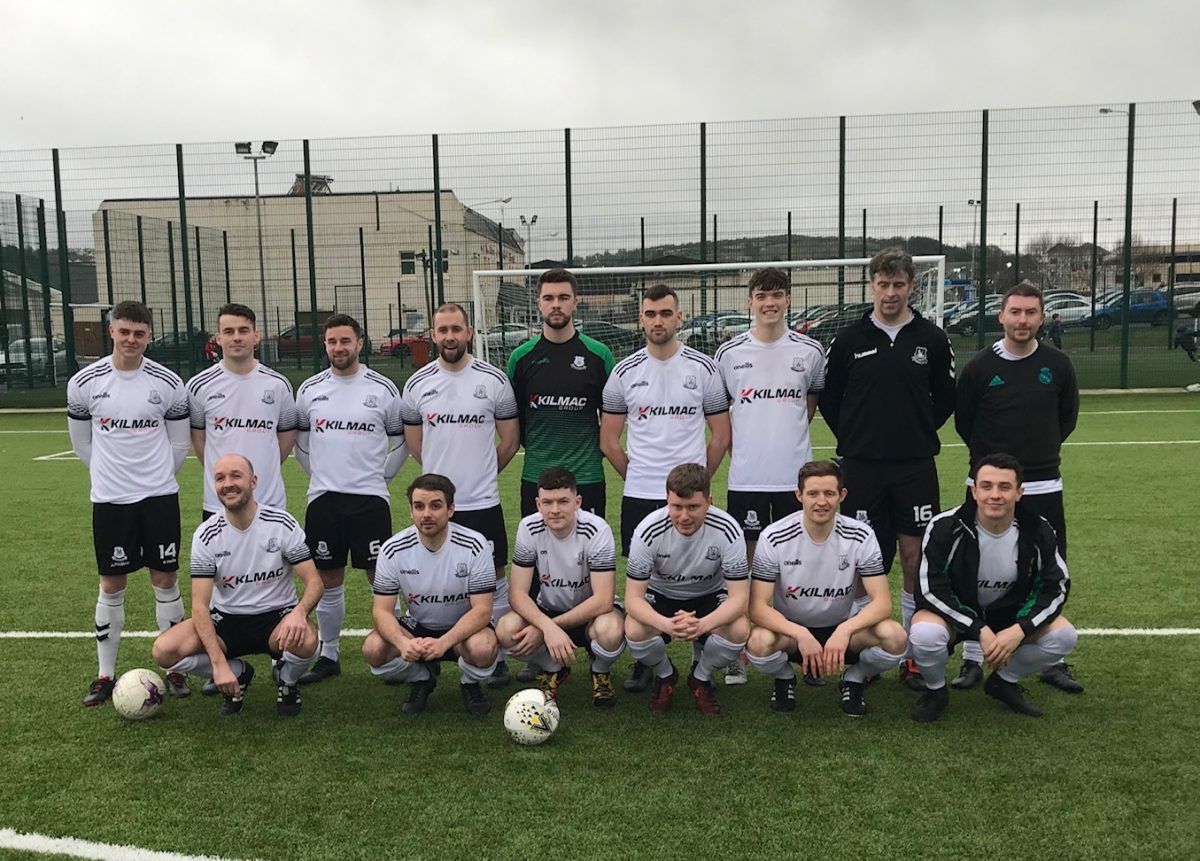 A late cracker from full-back John ‘Rab’ Sandilands gave Kilmacrennan Celtic a deserved share of the points and ended leaders Cappry Rovers 100 per cent eague record in this keenly-contested top of the table clash at the Letterkenny Community Centre.

In difficult windy conditions but on an excellent 4G playing pitch there was little to choose between these two unbeaten teams and although they had to wait until the 84th minute for their equaliser few could argue that Kilmacrennan’s second-half performance didn’t deserve it.

League leaders Cappry Rovers got the perfect start when Aaron Kelly confidently slotted home a 10th minute penalty after Alan Gethins had been upended by Declan O’Donnell’s somewhat rash challenge just inside the box but in a wide position with little real danger in terms of scoring.

Cappry created another chance in the 16th minute when Paddy McNulty did well near the bye-line to feed Sean McBride but his shot took a deflection off a defender and out for a corner. 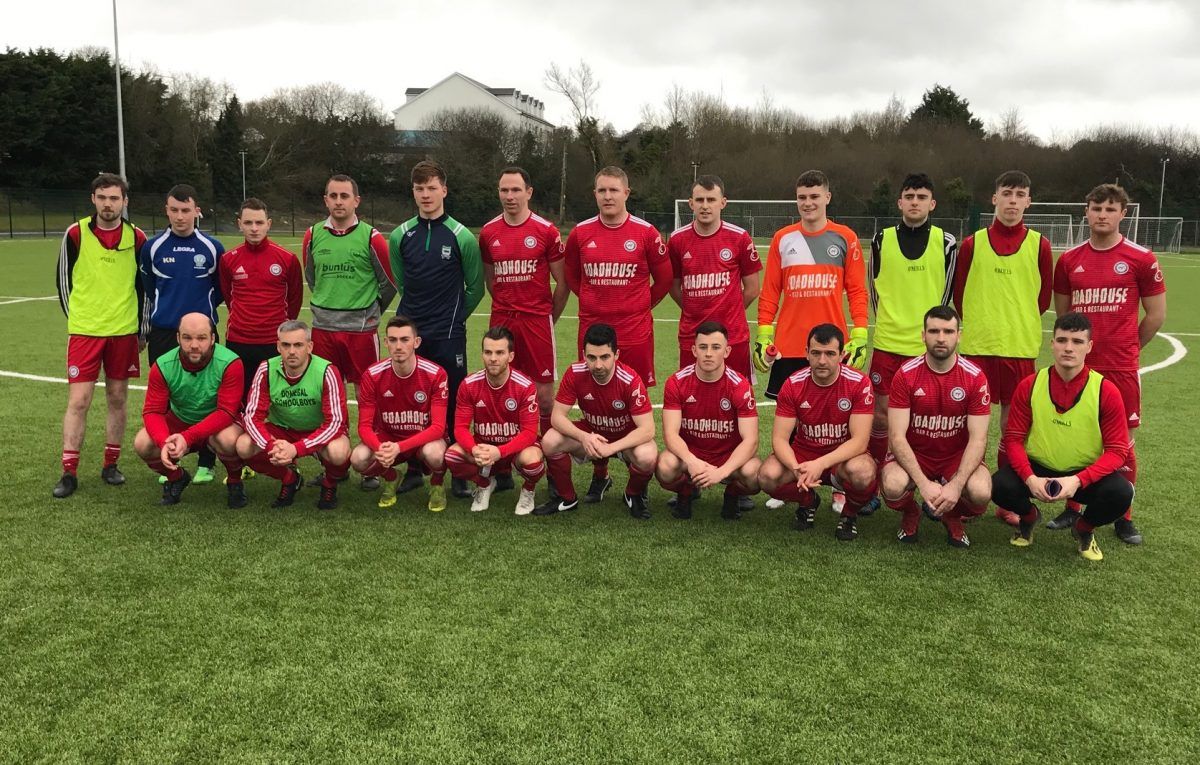 The home side had the ball in the net in the 21st minute when Enda McCormick’s corner went in off Aaron Kelly but Referee Liam McLaughlin had already blown for pushing and the goal was ruled out.

Kilmacrennan went close again in the 37th minute, Kevin and Christopher O’Donnell combined well and the latter’s through ball found Terence Shields bursting through but he couldn’t control his shot which went well over the bar.

Five minutes into the second-half Shields was again in the box to get on the end of Enda McCormick’s excellent cross but couldn’t get enough on his header to steer in goalwards.

Cappry now had the wind at their backs and had a chance in the 56th minute when Gethins did well out wide on the right, his cross found Dean O’Donnell who set-up Jamie Doherty but he was just too high.

In the 65th minute Kilmac again went close but Mark Friel’s header was off target from James Doherty’s cross.

The visitors suffered a big set-back when Dean O Donnell received a second yellow card followed by red to leave them facing the final 20 minutes with ten men.

Kilmac manager Gerard McGranaghan made a number of changes and his replacements did bring the required freshness as the wind factor increased.

His team pushed hard against the ten men of Cappry and was finally rewarded in the 84th minute with that deserved equaliser.

Enda McCormick drilled over a corner from the right which was only cleared to the edge of the box and full-back John Sandilands hammered a cracker on the half-volley into the far corner of the net giving keeper Boyle no chance.

A fair result in the end and one that may just suit the other teams in the chasing pack as the leading two drop points and the gap narrowed.