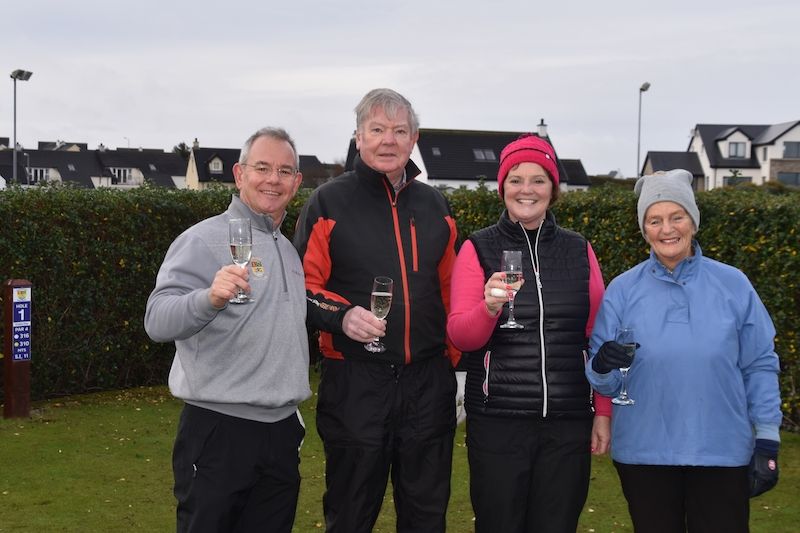 This year’s Captains’ Drive-in was a first in the history of Dunfanaghy Golf Club.

The weather was kind and a big crowd made their way to the first tee to witness the Captains’ drives which were both long and straight.

The traditional Captains’ Drive-In scramble followed with very competitive and low scoring. The day was rounded off in the clubhouse with a tasty stew and a prize presentation.