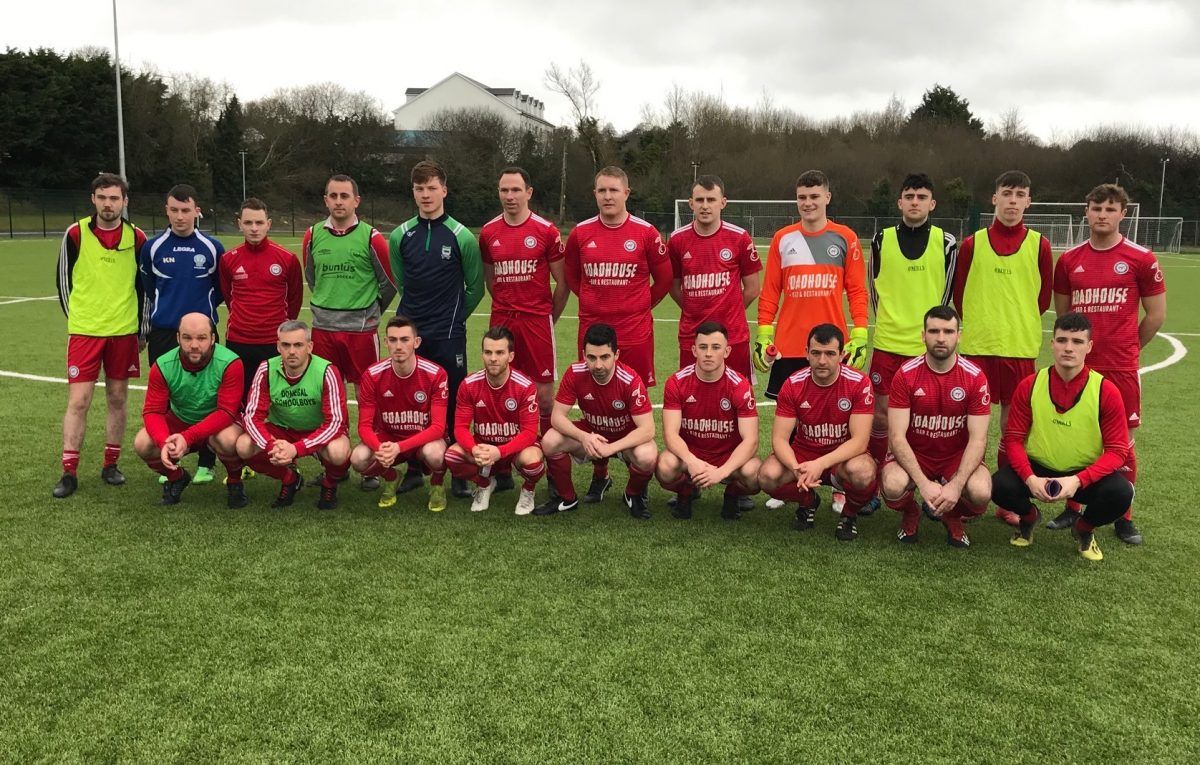 Cappry had a perfect start to the Premier Division season, winning each of their opening seven games.

However, John Sandilands’ late leveller denied them making it eight from eight as his wonder goal in the dying minutes to cancel out Aaron Kelly’s early penalty.

“For us, it’s a point gained, but the players are disappointed to have been one up going into the latter stages,” McGowan told Donegal Daily/Donegal Sport Hub.

“Kilmacrennan are a good side. They’ll contest the League.  I thought the payers battled very well and the draw was probably a fair result.

“Kilmacrennan are a very good side and, let nobody fool you, they’ll be up near the top of the League. They’re very dangerous. They’re a talented bunch of players.”

Cappry have 22 points from a possible 24, but McGowan is mindful that there are plenty of teams still in the shake-up and also sides who have yet to play catch-up on games.

He said: “Anyone who has played in the Premier Division knows that everyone can beat anyone.

“You’ll come a cropper when you think a team is down at the bottom and you’ll win. Every team has given us a massive battle and every team has a sprinkling of very good players.”