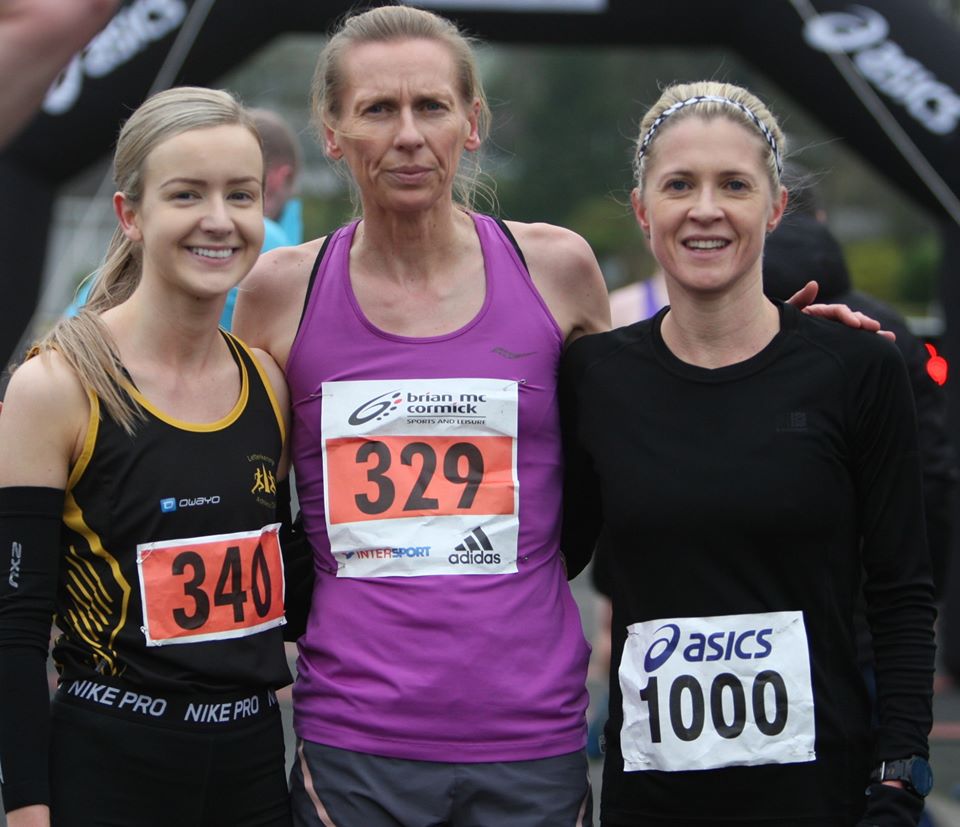 Success for Letterkenny AC athletes at each end of the calendar

At the end of a long year of competitive action, three Letterkenny Athletic Club runners managed to fit a race into the dying hours of 2019.

On Tuesday, Monica McGranaghan won the F40 category in The Lough 5, a 5 mile road  race around the scenic area of Loughmacrory, near Omagh.

Her time was an excellent 32.46, which completed a highly successful year for Monica.

Club Chairman, Aidan McKenna, had a fine run and crossed the line in 33.43.

Completing the trilogy of LAC runners, John Hughes clocked 37.07. The race winner was Matthew Neill, of Acorns AC, in 25.00.

The year 2020 was merely a few hours old when another group of LAC runners took part in the Raphoe 5K.

It was held on January 1st and LAC women featured at the sharp end of the race. Natasha Adams was the 2nd woman in 18.33. Eimear Wiseman  ran her 2nd sub 19 minute 5K in the space of days. She was 3rd in 18.47, which was another PB for the in-form runner.

The first woman across the line was ex LAC runner, Maria McCambridge, now of Dundrum South Dublin, in a time of 18.25.

The race was highly successful and attracted almost 300 runners.

Raphoe Running Club deserve praise for their initiative and hard work which  launched Donegal athletics into 2020. The race winner was Finn Valley AC’s Patrick Brennan in a very fast time of 15.30.

The first Letterkenny Parkrun of 2020 was well supported, with 125 runners taking part on Saturday morning.

The leading LAC finisher was young Eoghan Farren. This was Eoghan’s first parkrun and it was an impressive debut. His time of 21.33 gave him 6th place overall and first place in the JM11-14 category. Paul Lee was the first M50 runner home, in a time of 22.01. Anthony Farren finished in 24.11. Richard Raymond made an excellent comeback from a recent back problem and was the leading M65 runner in 24.22.

LAC runner, Gerard McGranaghan, is organising a 10K which will take place on Sunday January 19th in Kilmacrenan.

There will be chip timing and registration and parking will be at  the new Kilmacrenan Development Park. All proceeds will go to support the Kilmacrenan Community Development Group.

Success for Letterkenny AC athletes at each end of the calendar was last modified: January 5th, 2020 by Chris McNulty
FacebookTweetLinkedInPrint