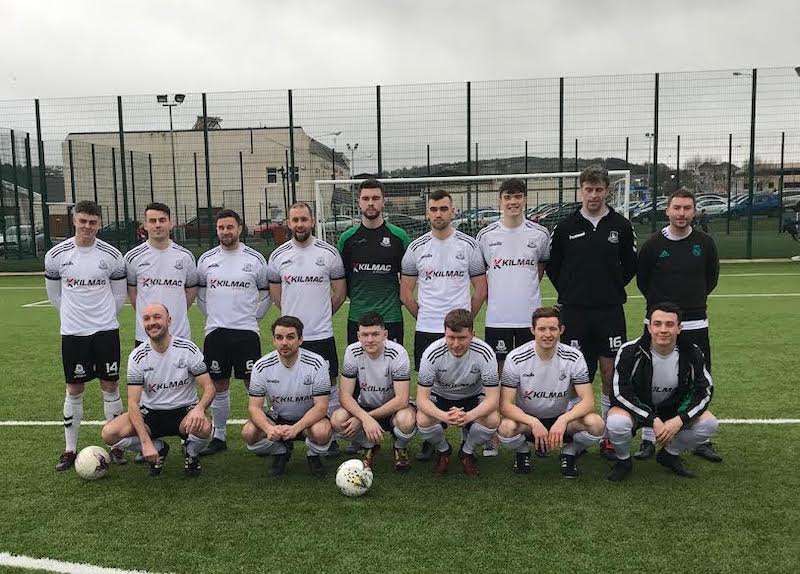 GERARD McGranaghan insists that the Donegal League Premier Division hunt is far from a two-horse race.

McGranaghan’s Kilmacrennan Celtic drew 1-1 with Cappry in the top-of-the-table clash on Sunday as John Sandilands rescued a point for Kilmac after Aaron Kelly netted an early penalty.

Cappry made us work and made it difficult for us. We were happy enough to go away with the point.

“They’re not at the top of the table for nothing. We said to the boys that we couldn’t lose. We’ll take the draw.”

It wasn’t until six minutes from the end that Sandilands struck a beauty for the equaliser.

McGranaghan said: “It was a good finish. We were here practising shooting on Friday night so it must have paid off! We deserved to get that chance.”