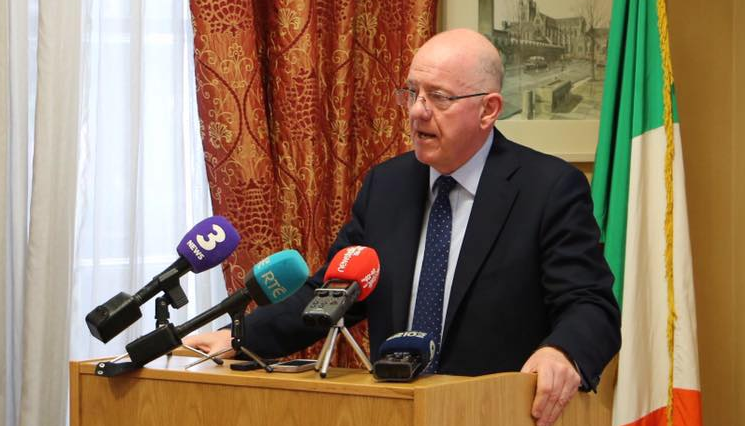 The Government has deferred a planned commemoration of the place of the Royal Irish Constabulary and Dublin Metropolitan Police in Irish history.

The event, which was due to take place on 17th January at Dublin Castle, was postponed following widespread criticism from public representatives and the public.

Minister for Justice Charlie Flanagan made the decision to defer the event this evening.

He said the response to the event was ‘disappointing’ and that he was committed to proceeding with an alternative commemoration in the months ahead.

The Minister said: “As a government, we have at all times sought to have a national programme of commemorations that is authentic, sensitive and inclusive.

“However, given the disappointing response of some to the planned event on 17 January, I do not believe that the event, as planned, can now take place in an atmosphere that meets the goals and guiding principles of the overall commemorative programme. Therefore, I am announcing its deferral.”

Minister Flanagan outlined his next step, saying: “I will consult further with the expert Advisory Group on Centenary Commemoration, with the all-party consultative group on commemoration and with other stakeholders, with a view to organising an event that is inclusive and fully respectful of all the traditions and memories on this island.”