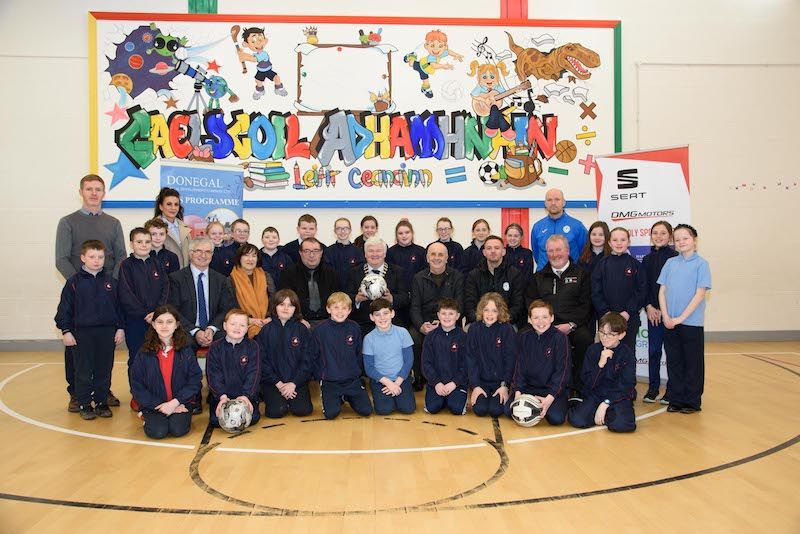 FINN Harps are once again partnering with Donegal County Council and the Donegal Road Safety Working Group (DRSWG) to assist with the promotion of Road Safety in Donegal with the Road Safety Art Competition.

Finn Harps have given advertising space to the DRSWG to highlight road safety in Finn Park for the coming season to continue to focus on the dangers that exist on our roads on a daily basis. The winner of the Art Competition will be announced at Finn Harps first home game of the new season, a north west derby against Sligo Rovers, at Finn Park on Friday 14th February 2020.

The Road Safety advertising board will be designed by a student from one of Donegal’s Primary Schools through an open art competition.

Cllr. Nicholas Crossan said” “We are delighted with the continued efforts of Finn Harps Football Club to help us promote greater awareness of the dangers on our roads. The safety of all road users is a top priority for Donegal County Council and this competition opens up a conversation about road safety with our young people, teaching them how to be safe in a fun and educational way”.

Speaking at the launch, Brian O’Donnell, Road Safety Officer said: “We are delighted with the continued efforts of Finn Harps Football Club to help us promote greater awareness of the dangers on our roads.

“The art competition is aimed at encouraging children to express their thoughts on responsible road safety behaviour.

“We hope that getting children involved at an early stage will assist in establishing responsible road behaviour at a young age and road safety messages drawn by children through posters or other means can help to influence the behaviour of parents and family members”.

Finn Harps Football in the Community Officer, John Campbell, said: “We are delighted to be associated with this Road Safety awareness campaign. As the Senior Soccer club in Donegal we feel that there is a responsibility on us, as there is with others, to promote the road safety message.

“Finn Harps are delighted to be involved with the Donegal Road Safety Working Group and the number of entries submitted since the competition was first launched shows that there is great interest in the schools for this competition”.

Entries must be original and the applicant’s own work and should be on paper no larger than A3 size. Details are currently being sent to all primary schools in the county and the competition has a closing date of the 28 January 2020.