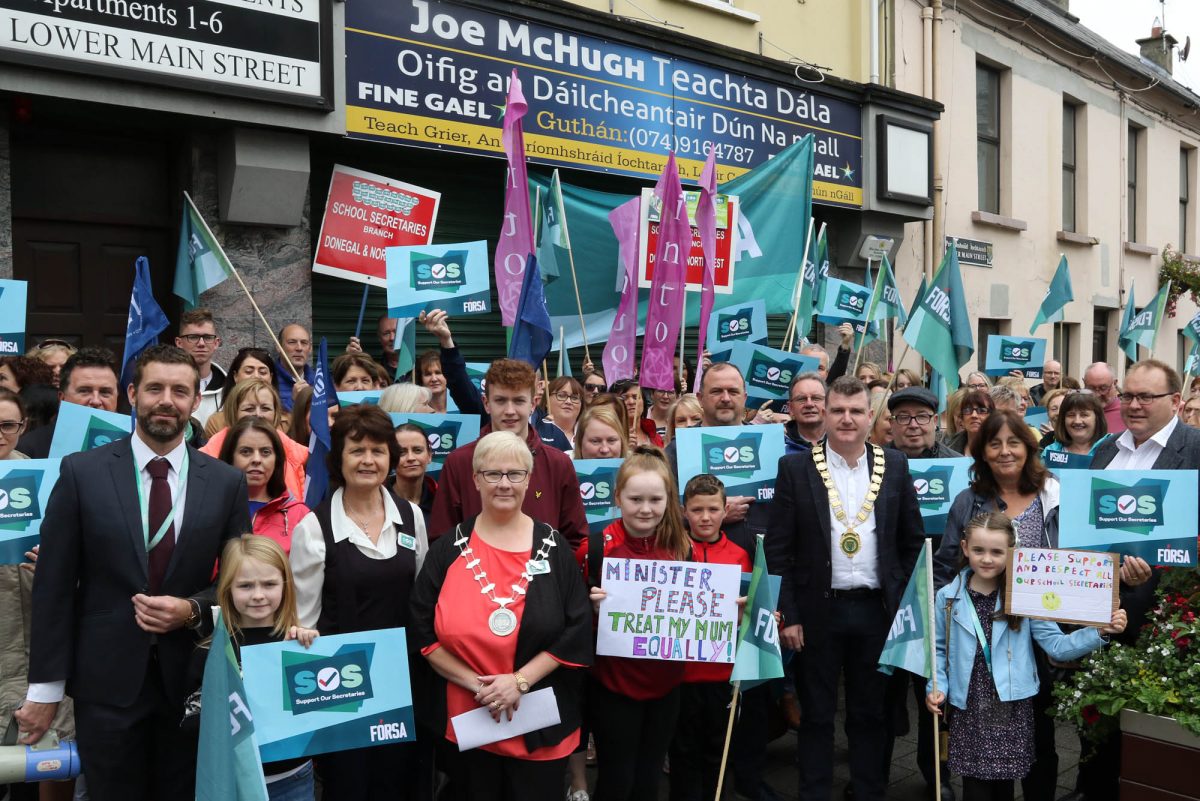 Donegal’s school secretaries are preparing to strike this Friday in a dispute over pay.

Staff represented by Forsa will hold a rally outside Joe McHugh’s constituency office in Letterkenny at 1pm tomorrow.

The nationwide strike is centred on a dispute over secretaries’ two-tier pay system that leaves most school secretaries earning salaries as low as €12,500 a year.

Approximately 90% of school secretaries who are not employed directly by the Department of Education & Skills have irregular, short-term contracts that force them to sign on during the summer holidays and other school breaks.

The decision to take strike action and resume the work to rule follows what Fórsa described as an ‘insulting and derisory’ offer of 1.5% at the WRC last December.

The Forsa union is encouraging school secretaries and their supporters to attend tomorrow’s rallies. The strike will also see pickets mounted on a number of schools across the county.