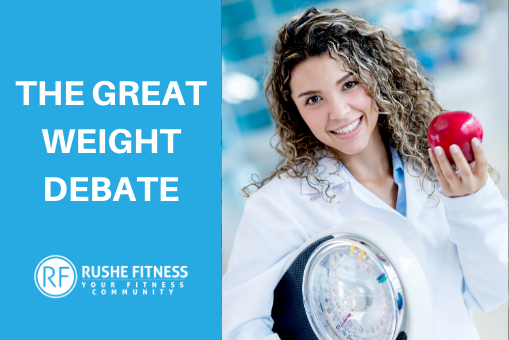 If the scales were a shocking sight after Christmas, Emmet Rushe from Rushe Fitness gym in Letterkenny is here to explain that you didn’t gain as much as you think:

This past week, I ran a little experiment with myself to see just how much ‘weight’ I had actually gained from all the Christmas drinking and eating I had done.

Before the Christmas break on December 21st, I was weighing 85.1kg on the scales.

I always weighed myself 1st thing in the morning after using the bathroom, so I get an accurate average reading of my scale weight.

I then weighed myself on Thursday January 2nd and topped the scales at 90.2kg

So, a nice 5.1kg weight gain in the 2 weeks over Christmas, or 11 pounds if you are used to that.

So, I set myself a simple goal to see how much of this ‘weight’ gain would be actual FAT gain.

You see people tend to focus on what their scale weight is and look to see how much they weigh. While that can be a useful guide, it doesn’t tell you how much of the ‘weight’ is bodyfat, how much is muscle mass and how much is excess fluid and carb stores from all the food and drink consumed over Christmas.

So, the experiment was a simple one.

The only thing I would change from Thursday January 2nd, was this;

My meals each day were pretty much the same, apart from last weekend where we ate out twice, as it was the last few days of the holidays.

Each day, I had breakfast, lunch, dinner and 2 snacks and they were not small meals by any means.

The result of the week-long experiment was this;

Both weigh ins were done 1st thing in the morning after using the bathroom at the same time of 5:30am.

That’s a 4.2kg drop in weight in one week without having to diet or without doing any training.

Which means my ‘actual’ weight gain from Christmas was less than 1kg (2lbs).

How is that possible?

It’s because the ‘weight’ that I had gained over the Christmas break wasn’t all bodyfat and that’s very important when you are assessing yourself on the scales.

Once I returned to normality, the excess fluid I was retaining left also.

So, here’s the thing;

You are never gaining as much as you think you are after a bad day or even a bad week, so don’t get disheartened by what the scale tells you.

Too often, I’ll see people defeated because they “gained all of the weight back.”

When the reality is, it is fluid retention and if they get back on track, this will level out over a few days and the ‘weight’ they have put on will be gone.

The scale is a tool that can be used for measuring weight.

Just remember that there are many ways to measure progress.

Scale weight is only one of these and shouldn’t be exclusively used as the be all and end all, of your progress.

These are all much better indicators of whether your plan is working or not and you are not defined by a number on a scale.
#lean20