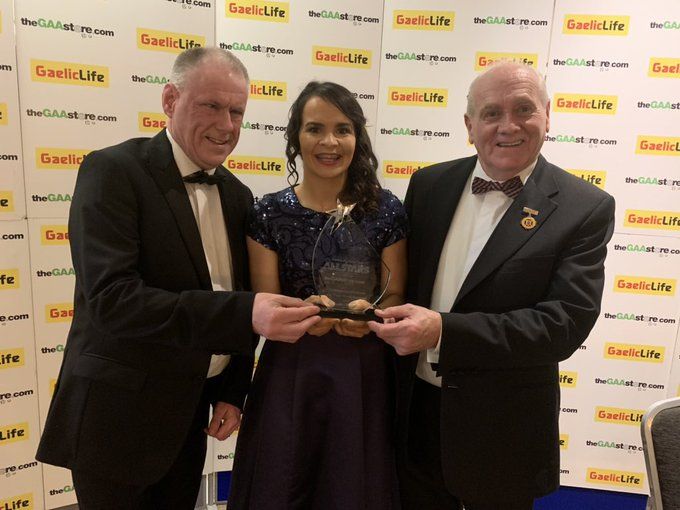 McLaughlin had another superb year in 2019.

The Termon ace propelled Donegal to retaining their Ulster ladies SFC title and starred as Termon recaptured the Donegal SFC crown before reaching the Ulster final.

McLaughlin was the key cog as The Burn Road ladies returned to the provincial decider, which saw them edged out by Donaghmoyne.

McLaughlin had been nominated for a TG4 Ladies All-Star Award, but was again overlooked in the final selection. However, last night, the deadly full-forward took the top ladies gong at the Gaelic Life Ulster Club All-Stars awards.

McLaughlin was named in the Ulster Club Ladies All-Star team along with Termon club-mates Chelsea Gorman and Mya Alcorn, while Naomh Muire’s Jade O’Donnell was included on the half-back line. O’Donnell was among the stars as Naomh Muire won the Donegal JFC and reached the Ulster final.

Naomh Conaill brothers Anthony Thompson and Ciaran Thompson were chosen on the men’s tam as was Buncrana’s Caolan McGonagle.