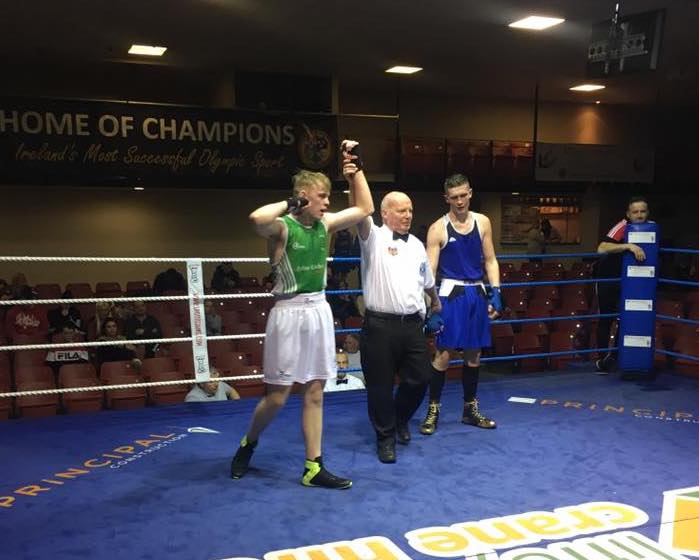 McMonagle books semi-final spot as U18s glove off in Dublin

RAPHOE ABC welter Liam McMonagle booked a place in the semi-finals of the National Under-18 Championships tonight.

McMonagle defeated Josh Cummins of Trinity Sports on a 4-1 split decision in a welterweight quarter-final at the National Stadium.

Cummins, an awkward southpaw, had the edge in the opening round, but the gutsy McMonagle hit back.

McMonagle held away in the second and was in command of the third stanza to take the win.

Illies Golden Gloves’ Cahir Gormley was awarded a walkover win in a preliminary round bout at 60kgs. Gormley will now meet Nathan O’Brien from Wexford CBS.

Byrne has strong family connections in Ballybofey, where is mother, Sinead Long, hails from. Byrne took a unanimous decision to tee up a meeting with Cabra’s Cian Duggan.

Tonight, Duggan overcame Donegal man Joe Harkin, who fights out of Oakleaf ABC, on a 3-2 split.