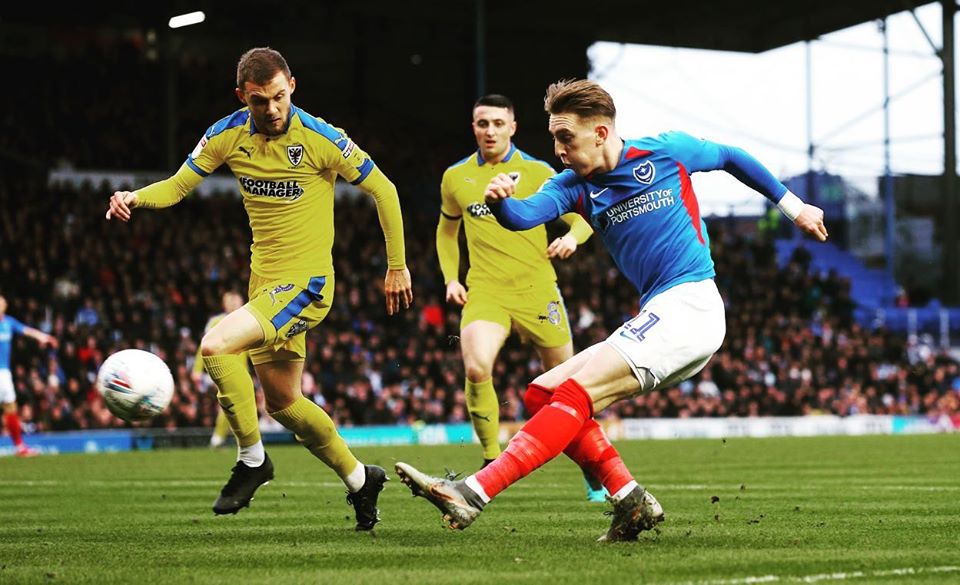 RONAN Curtis set up the winner as Portsmouth overcame AFC Wimbledon in their first home game of 2020.

Curtis was this week named as League One Player of the Month for December and the St Johnston man created Marquis’ winner today.

Portsmouth took the lead through Harness and they were in front 1-0 at the break.

Joe Pigott levelled in the second half for AFC Wimbledon.

However, Curtis – who had been testing the visitors from set pieces throughout the game – saw his superb cross headed home by Marquis.

Also in League One, Stephen McLaughlin played the 90 minutes as Southend United drew 0-0 with Tranmere United at Roots Hall.

McLaughlin drew a fine save from Aaron Chapman earlier in the second half.

It was the Inishowen man who had the best opening of the game later in the contest. McLaughlin played a one-two before seeing his effort come off the foot of the Tranmere ‘keeper.

Late goals by Jamille Matt and Padraig Amond gave Newport a first win in 11 League Two games. Gorman, who has moved to Rodney Parade on loan from Leyton Orient, will be aiming to get into Michael Flynn’s team over the coming weeks.

Conrad Logan was not in the Mansfield Town squad as they lost 4-3 against Forest green Rovers at the One Call Stadium.

Meanwhile, Seamus Coleman came off the bench for the last 16 minutes of Everton’s narrow 1-0 win over Brighton and Hove Albion in the Premier League.