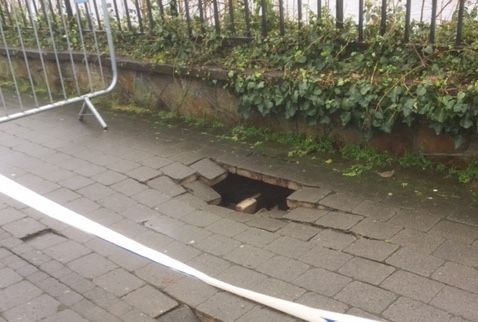 A county councillor has called on the local council to carry out a safety audit after a section of footpath collapsed in Lifford.

The footpath at Bridge Street in Lifford has been cordoned off by Gardai as it is a danger to the public.

Cllr Gerry Crawford has requested Donegal Co Council to carry out a safety audit at the site.

He said “As this has happened previously but to a lesser extent, assurances need to be given
that these occurrences are not due to high tides and floodwater as exists today.”