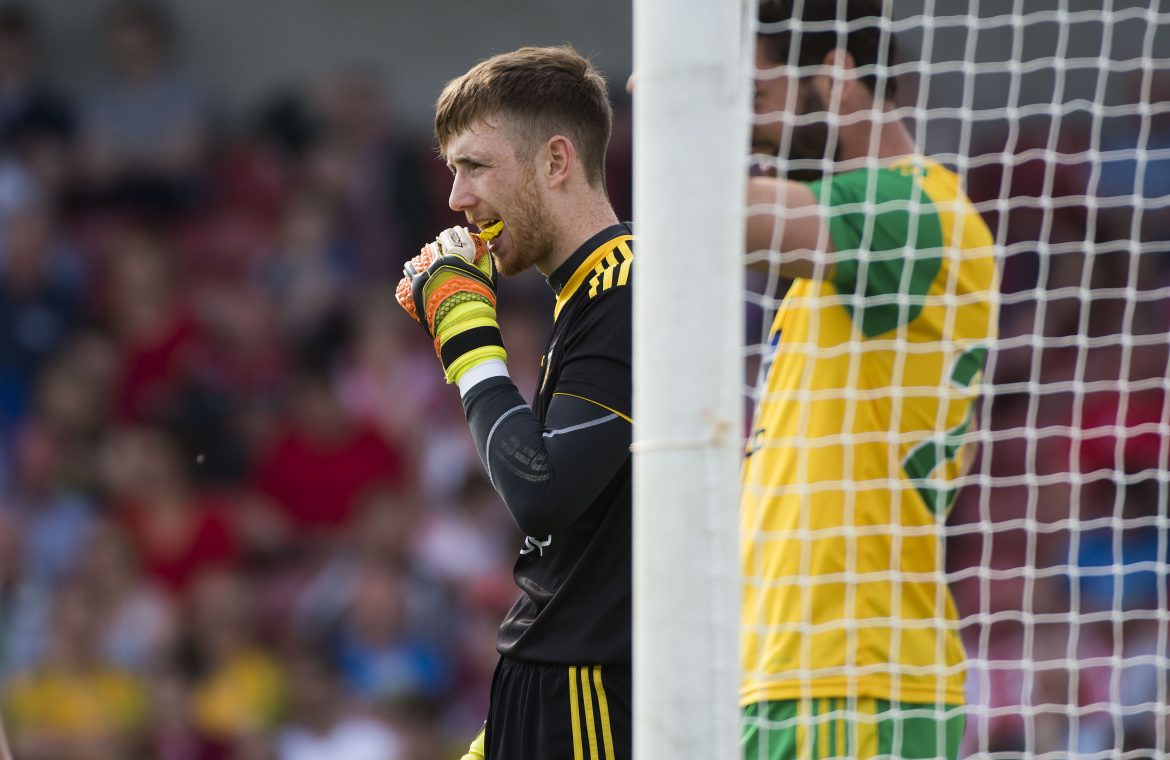 Patton sent off as DCU edge Garda College in Sigerson

DONEGAL goalkeeper Shaun Patton was sent off as Garda College were beaten by DCU in the Sigerson Cup this afternoon.

Patton was sent off on the hour as Garda lost out 0-11 to 0-9 with Conor Morrison and Brendan McCole lining out for DCU.

The Dublin college saw Paddy Small sent off on 49 minutes, but the four-time winners squeezed through thanks to Michael Bannigan’s late trio of points.

Patton actually scored three points, from frees, and Garda – who included Ciaran McGinley from Kilcar at midfield – were on the cusp of a big upset as they eyed up a quarter-final berth.

Patton, though, was sent off and Bannigan proved the difference as he took his tally to six.