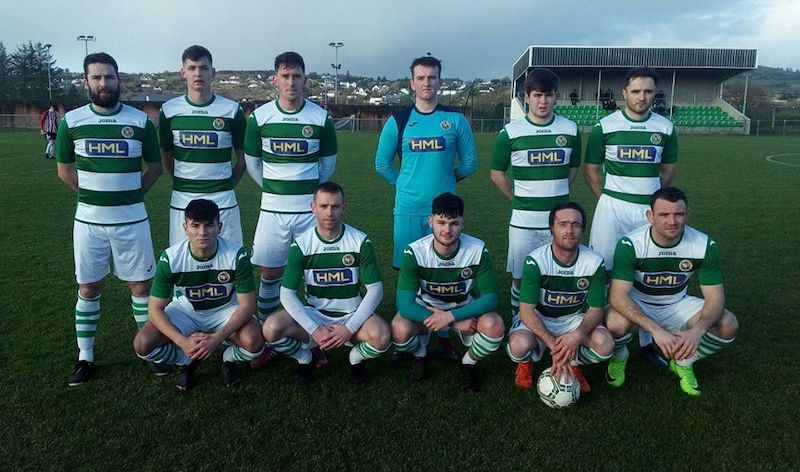 Cockhill started this game like a team that meant business pressing the youthful Derry team not allowing them to settle.

It was no surprise when they opened the scoring on eight minutes. Lee McColgan played a ball down the left for Stephen Duffy, who kept the ball in and cut inside before rifling past Oisin Gibson.

Despite this setback Derry played their way back into the game with Brendan Barr having a shot gathered by Eoghan Jordan on 21 minutes.

They shocked the home side by equalising on 23 minutes. A throw in on the left resulted in a Matty Walker cross being flicked home by Liam Quigley.

The remaining efforts in the first half were from long range. Friel swivelled and shot over from the edge of the box before Mark McFadden fired a free kick narrowly wide.

The second half started scrappily with the only attempt being an Oisin McColgan volley over the bar after a Ronan Doherty corner was only half cleared.

On 60 minutes Gibson was quickly and bravely off his line to deny Friel latching onto a through ball.

The game’s outcome hinged on two moments just after the hour.

Firstly, Derry could have been level on 64 minutes when a cross from the right found Liam Quigley. He controlled and fired goalwards but was denied by a brilliant reaction save from Jordan. Within five minutes it was game over. Substitute Malachy McDermott released Friel down the right.

His pin-point cross was expertly converted by Duffy with a controlled volleyed finish to complete his hat-trick.

The remainder of the match played out with little goal mouth action.