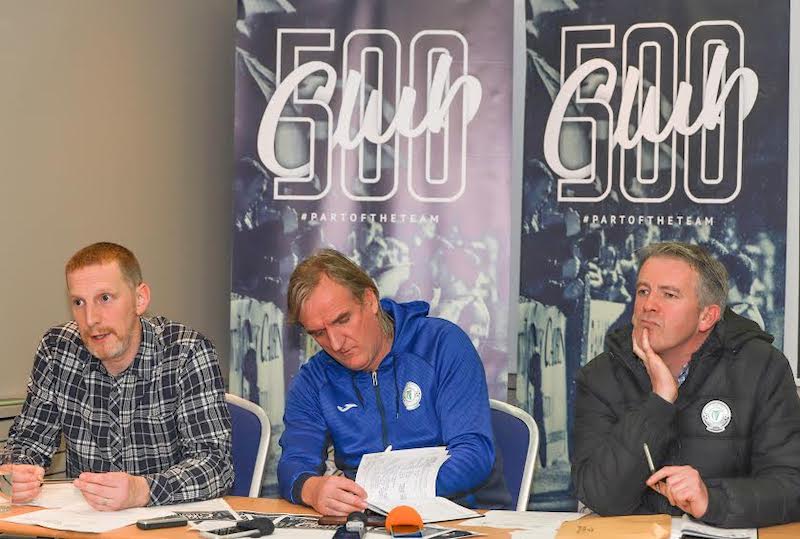 FINN Harps have relaunched their 500 Club in a bid to increase the war chest available to manager Ollie Horgan.

The 500 club was first launched 20 years ago during a time of financial crisis at Finn Park.

Having declined in recent years, Harps have decided to restructure and have pledged that all funds generated will be invested into team funds,.

“Getting enough fans to sign up for this will directly affect our ability to attract and retain the kind of players this club needs to compete in the Premier Division – that is an absolute certainty,” Horgan said.

“This is an amazing fundraiser and we need everyone out there who wants to see us kick on in this Division to support it if they can.”

The 500 Club is unique in that it sees members entered into a draw each week, 52 draws per year, with a chance of winning atop prize of €300 each time, as well as two runners up prizes of €50 to €100 (depending on membership numbers).

Entry to the draw costs €6 per week, or €25 per month and can be paid by Standing Order which was the original format, or online at www.finnharps.ie/500club

“This fundraiser has long been one of the core sources of income and stability for Finn Harps FC,” Harps’ Fundraising Officer Trevor Gordon said. 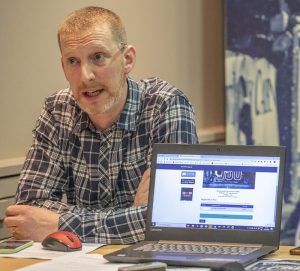 “We see it as the ideal vehicle to allow our supporters to back Ollie Horgan and give the North West public a team they can really look forward to watching at Finn Park this season.

“Ollie and Paul (Hegarty) have been working non stop since the play-off victory and are gradually rebuilding a squad which already looks like it has real potential.

“We are a fan-owned club.  We belong to the people of Donegal and the Northwest. We have no major investor covering the bills or the shortfall at the end of a season.

“If the fans want to see success and want us to kick on this year, we need people not only join up, but to spread the word and help promote 500 club so we can continue to defy the odds and consolidate in the Premier Division.”

Gordon added: “People can still pay by standing order as with the “old” 500 club but we now have facility to sign up online using a credit or debit card on our website, or via the Clubforce app on your mobile device.

“Monthly payments of €25 incur less transaction fees and people will be entered into all the draws for the next month, either 4 or 5 draws.  People can enter for as long as they like, as long as they can afford, and can withdraw whenever they want”.