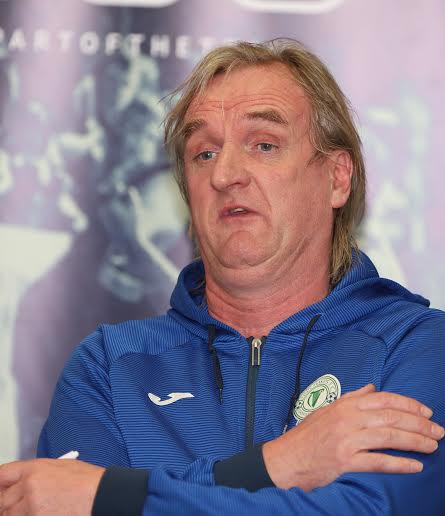 Listen: ‘A lot of work to do’, but Horgan and Harps are up for the fight

OLLIE Horgan admits that he needs to add some attacking options to his Finn Harps squad for 2020.

A month out from the start of the new season, Horgan has bid adieu to 11 players from his 2019 panel.

“Number wise alone, we have a lot of work to do,” Horgan told Donegal Daily/Donegal Sport Hub at a press conference in Letterkenny.

“We had a lot of work to get those five. With the numbers that left – and we wish every last one well – it left a difficult mountain to climb. We’ll climb it and we’ll keep going. It’s difficult but we’ve got quality in.”

The Harps manager said: “We do need a couple more.

“We have lost all of our out-and-out attacking players signed. Jamie (Browne) is the only out-and-out centre-forward we have. We need to get one or two in that area.”

Harps begin their new term on February 14 at home to Sligo Rovers and the Harps boss said: “It will be a savage battle, without doubt, but we’re up for it.”

Listen: ‘A lot of work to do’, but Horgan and Harps are up for the fight was last modified: January 14th, 2020 by Chris McNulty
FacebookTweetLinkedInPrint
Tags:
2020 League of Ireland Premier Divisionfinn harpsOllie Horgan