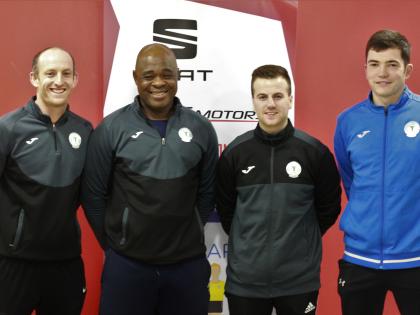 The World Cup winner who made ‘home’ at Finn Harps

WHEN HE first arrived in Ballybofey and reality dawned, Eloka Asokuh wanted an immediate way out.

Almost seventeen years on, Ballybofey is now ‘home’ and Asokuh – the club’s newly-installed Under-17 manager – is a firm part of the Finn Park fabric.

Asokuh was first unveiled on a damp March Saturday in 2003. A smattering of local media and a handful of supporters greeted the arrival of the Nigerian. The signing was met with a certain level of intrigue.

Ten years beforehand, Asokuh was an Under-17 World Cup winner with Nigeria. Now, Jonathan Speak was plotting a promotion assault with a previously-unknown defender who would become a cult hero down Navenny Street.

Asokuh’s landed at Harps from Rangers International in Nigeria. His future at the time was uncertain.

Through a cousin, John O’Sullivan in Dublin, the wheels were set in motion.

“I met John in Nigeria and when he came home from Japan, he said: ‘Brother, if I go to Ireland, I want you to come’,” Asokuh recalls.

“I was interested. He talked to Columba Moss and through Columba, John McNulty, who was the Chairman of Finn Harps, he rang me. ‘Hey, I heard that you’re a good player so we want you here’.

“I said I would come over. Everything went well and I am still here.

“It is a long, long time ago now. This is my second home. I love it here.”

Initially, though, Asokuh questioned his decision.

As he peeked from the curtains that soaking Saturday 17 years ago, Asokuh wondered aloud.

He says: “I won’t lie. When I found out after I arrived here that the football was part-time, I wanted to go home or go back to Spain.

“I met lovely people and they made me want to stay. I wanted to show the fans what I could do. From day one, the fans loved me and made me feel so, so welcome. I owe them a lot and that is why I am still at Finn Harps. This club, the people in the town, I love it.” 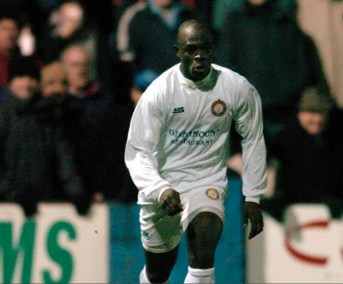 In 1993, Asokuh was on the Nigerian squad that won the Under-17 World Cup in Japan.

Nwankwo Kanu – who carved a career at Ajax, Inter and Arsenal – future Chelsea player Celestine Babayaro and Wilson Oruma, the top-scorer in Japan, who would forge a career in France, were among the stars as Nigeria, via wins over Canada, Argentina, Japan, Poland and Ghana, took the prize.

Asokuh says: “I knew all those guys growing up and playing. They were amazing players. I am so proud of what they achieved in football.”

A year-and-a-half after joining Harps, Asokhu helped then then Felix Healy-managed Harps to winning the First Division. Speak departed during 2003 to be replaced by Noel King. Early in the 2004 season, King abdicated and Healy – a former Premier Division-winning boss with Derry City – took charge, guiding Harps to a first-ever League crown.

He has been on the club’s coaching staff for the last few seasons, working closely with the recently-departed Joe Boyle and Declan Boyle.

Of all the managers and coaches that he has played with, one stands out more than most for Asokuh.

He says: “The one I played under was Felix. He was so funny. He made me work hard. Felix made me push myself to the limit. I didn’t know what he was doing, but he was challenging me and working my brain. He didn’t want to just say: ‘You are a good player’. He made me work so hard and I loved that. I use that now working with the young kids.

“I learn from everyone. I learn from the likes of Joe Boyle, who I was with for a long, long time. He is a big loss, but you have to move on. He encouraged me not to leave. He told me: ‘No, those boys love you, stay there’.”

Asokuh has recruited former Harps team-mate Michael Funston as his assistant for the Under-17 role.

The job is a big step for the popular Asokuh, but it’s one he’s relishing.

He says: “I love this. I like working with the young kids in football. It’s a good challenge for me now, a very, very big challenge, but I’m looking forward to it.

“This is the time that I have to show what I have learned from all of the people I worked under. 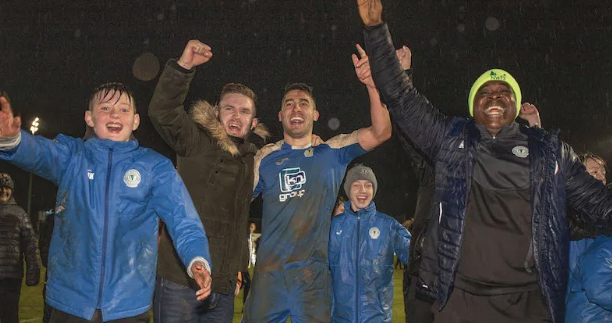 “There is so much work going on. Kevin (McHugh) is doing great work and there is loads of talent coming in. I am still working with Joe Boyle with the Emerging Talent Programme. I see a lot of good kids coming through and Kevin is doing a good job of getting young kids to Finn Harps.

“There will be a lot of responsibility and it will not be easy; Playing players, not playing players, taking players off, trying to get the best 11 and be able to tell the guy on the bench: ‘You are still in the team, try to keep the head up’. I will try to improve everybody.

“I look at what is going on. If something good will happen, something will come through with it. When I worked under coaches here, I always give the players examples. When I played, I learned by the way we supported each other. Now, Michael Funston is there with me and he will be good. It is all about team work and hard work.”