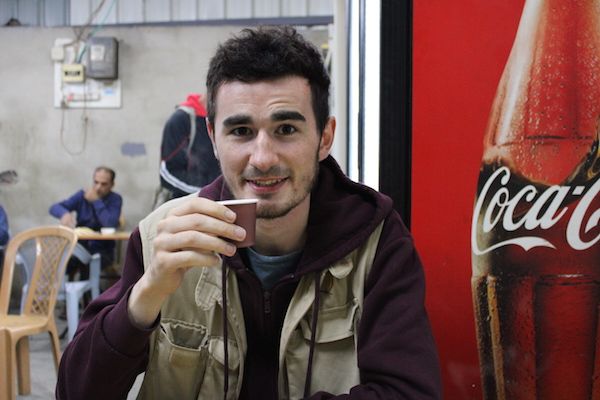 He was based in the West Bank from mid-October until January.

This international programme, led by the World Council of Churches, aims to “witness life under occupation, engage with local Palestinians and Israelis pursuing a just peace, and work to change the international community’s involvement with the conflict”.

The work of an EA extends to many roles, both in the field and after their placement ends. 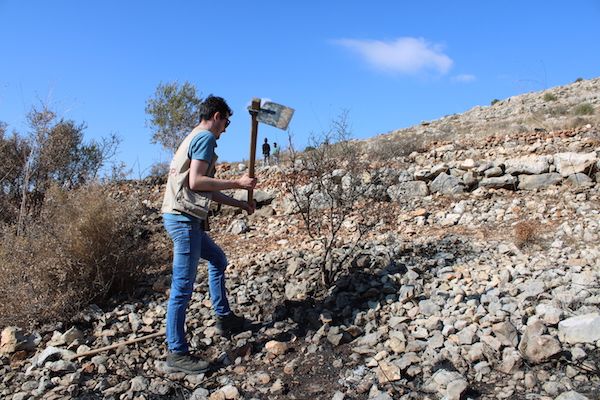 Billy doing a bit of manual labour in the West Bank.

While in the field, the main aim is to provide a “protective presence”. Having individuals from an international organisation present is a powerful tool of protection that can be afforded to Palestinians who are under threat from harassment from the Israeli Defence Forces and settlers.

Actions such as accompanying Palestinian children through checkpoints and monitoring demonstrations are some of the responsibilities undertaken.

“A huge problem about the conflict in Israel/Palestine is that there isn’t enough reliable information from the ground being broadcast to a wide audience. What little information does get out is often heavily biased, and so it feeds into the polarisation towards extreme views that makes this conflict so destructive and intractable,” said Billy.

He added “By elevating the voices of those who are under occupation and experiencing these abuses, we can turn the discussion towards practical solutions and restraint”.

During the three months, there are also efforts to see the conflict from the Israeli perspective. EAs will be hosted in a synagogue in Haifa, and in the past EAs have visited Israeli communities near the Gaza Strip that have been affected by rocket attacks.

EAPPI maintains a policy of “principled impartiality”, meaning they do not take sides in the conflict but are committed to upholding human rights and international humanitarian law.

Now that he has returned, Billy will be engaging in public advocacy, which is another central aspect of the EAPPI programme.

He will be undertaking a series of speaking engagements and meetings with local and national representatives in the UK and Ireland. Here he will relate his experiences to those who wish to learn more about the conflict, and “open the eyes of the world to the realities of occupation”. 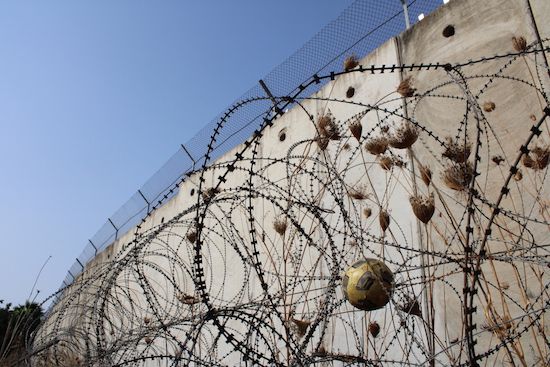