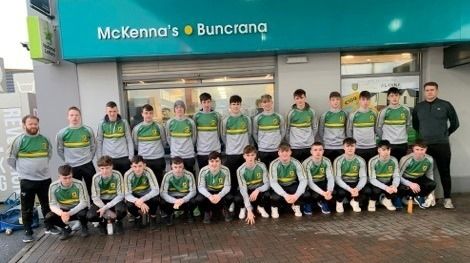 COLAISTI Inis Eoghain’s Danske Bank MacRory Cup sojourn came to an end as they fell to defeat against Abbey CBS at Pairc Esler.

There has been plenty to admire about a young and game Coláiste Inis Eoghain this term. A heavy loss in Newry may well have stung, but with 10 of the panel still three years below the under-19 limit, the future appears bright for the amalgamation.

Oisin Crawford and Conor O’Neill hit 1-2, while Christopher McDaid was on target with a goal and Josh Conlon landed five points in the round 1 eliminator.

On the day, Abbey CBS, a seasoned MacRory Cup side, just proved too clinical, having led 5-7 to 1-4 at half-time.