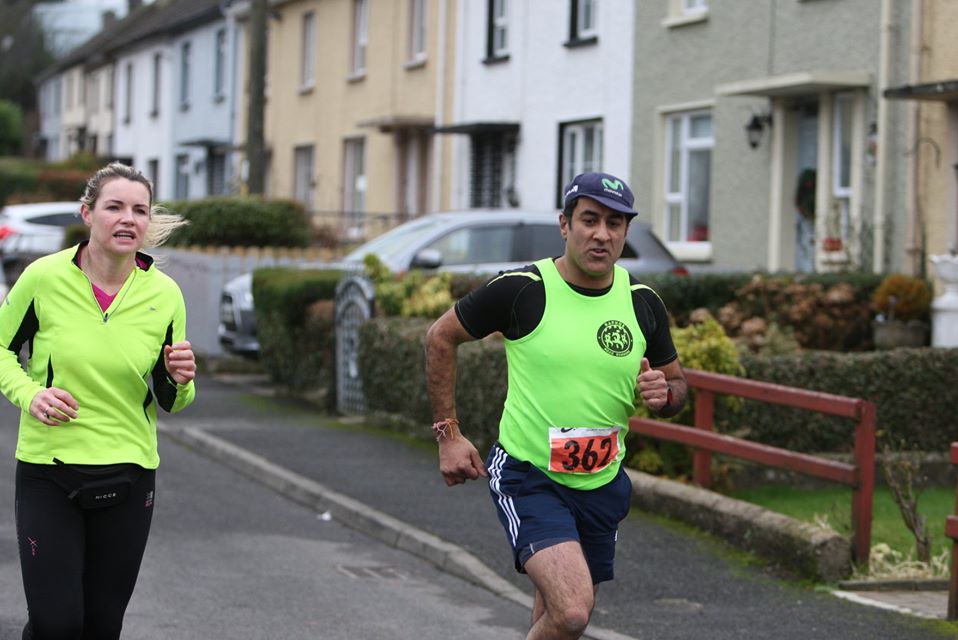 Despite a busy festive period, many across the north-west managed to fit in 1 or 2 races in between dinners & sweets.

Finn Valley hosted a St. Stephens Day race which drew large numbers. Working off the pavlova was not an issue for Keith Fletcher, George Grier or Aidan McFadden as they blasted around Ballybofey and Stranorlar on the fresh December morning. George’s 20:15 was followed by Keith (21.07) and Aidan closely (21.31). Fair play gents, good going especially given that time of year. Carol McCabe shows no sign of resting-up, even after the busy year’s racing. A strong 27.53, serves only to set expectation even higher for the year ahead. Great stuff.

Leitrim Village also hosted a St. Stephen’s Day. The last club silverware of the year was grabbed by Noelle Parker in the Leitrim Village 5k. Not many can get the trainers on and grab silverware that late in the year. A mighty 24.18.

Raphoe hosted their annual New Year’s Day 5k. The ever-growing race proved popular once again with Natasha Adams grabbed her first podium-finish of the year with 18.33 good enough to secure second place, and only narrowly miss out on the top spot. Superb early season from.

Honourable mentions for both Terence Quinn and Raj Meehan who both toed the line on New Year’s Day in Raphoe. Both local ‘celebrity athletes’ are currently at pains to agree each other’s correct times. Fine efforts were reported for both, though the tribunal to agree their exact finishing times is expected to rumble on for some time yet!

Carrigans 5k seen several strong runners on display this year. Aidan McFadden hardly had the vest washed and dried since Christmas before he was back at the racing line for the first of the year. Another strong run (21.47) points to this man having big targets in the year ahead.