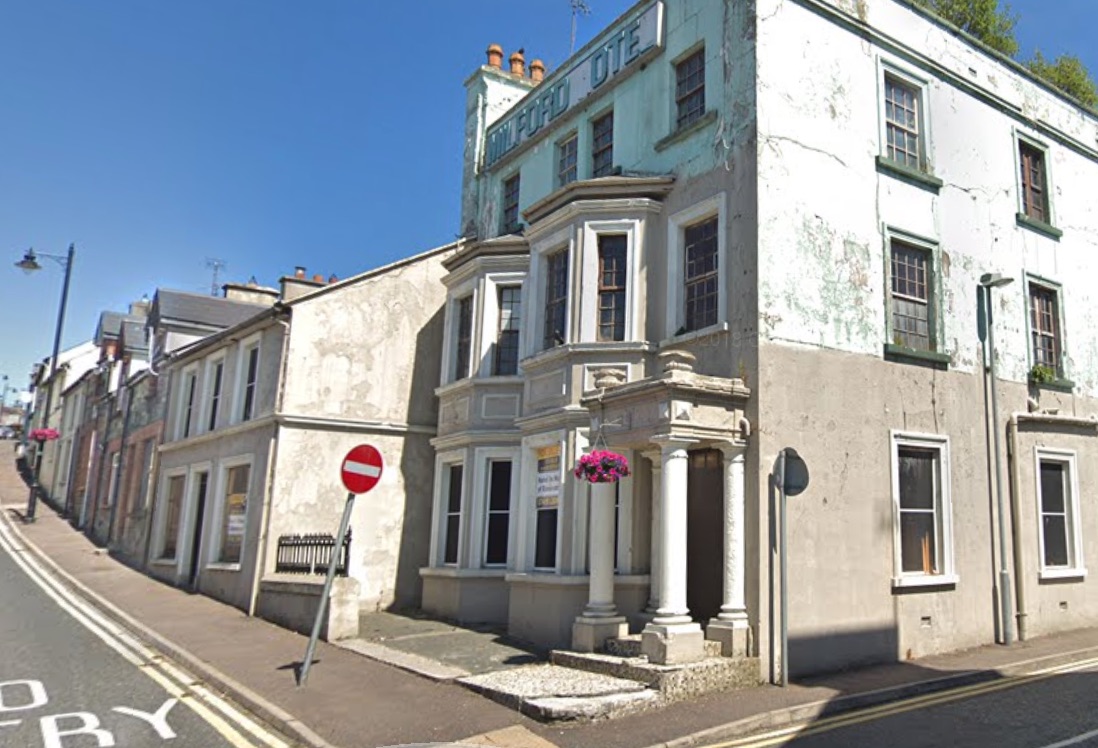 Old Hotel site in Milford should be subject of public consultation, says Cllr

A Donegal County Councillor has repeated his calls for the council to buy the old hotel site in Milford and make it available for public use.

The property, which lies vacant in the town centre, had been put up for sale but when it failed to attract a buyer, the owners lodged plans to turn the site into a housing development.

Despite the current planning application, Cllr Liam Blaney told the Letterkenny-Milford council that he believes the site should be bought by the local authority. A public consultation should then be held to determine what goes on the site, he said.

Cllr Blaney said there would be no better place to begin with the regeneration of Milford than the iconic site.

He also expressed his concerns over parking on Main Street Milford due to another application for public housing opposite the hotel site.

Cllr Ian McGarvey backed the motion for the council to buy the property and stressed the urgency of the issue: “The building is lying there derelict waiting to be vandalised or set on fire,” he said.

The council’s response said that it would be “premature” to consider buying the old Milford hotel site due to it being in private ownership and the subject of a current planning application.

Cllr Blaney pointed out that it remains for sale, even though a planning application exists.