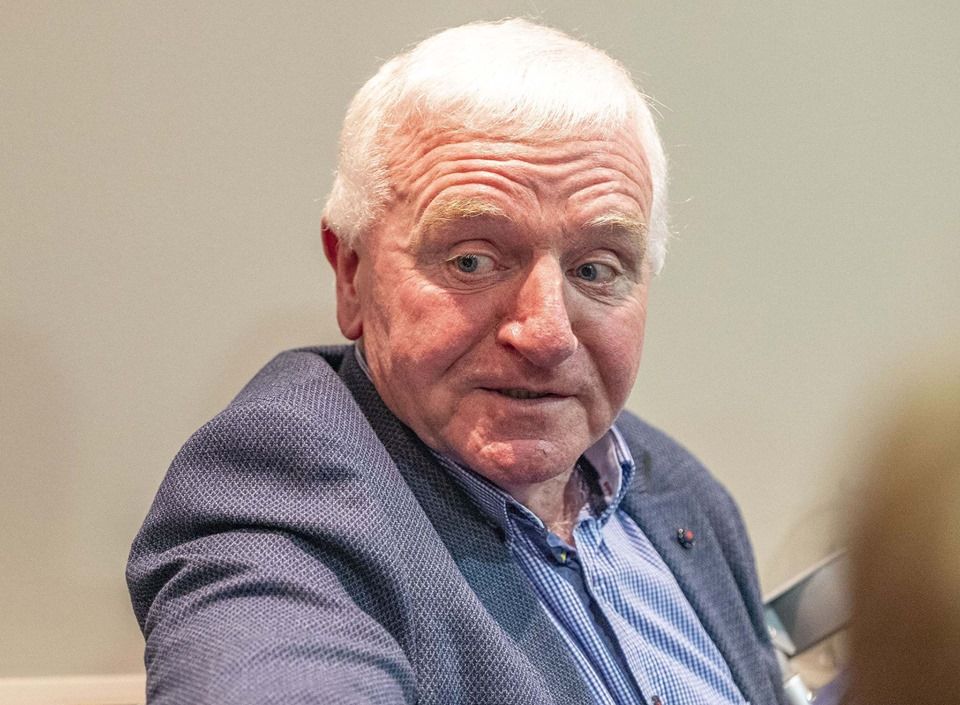 FINN Harps’ Stadium Development Officer, Paul McLoone, has called on the Government to explain why a commitment to fund The Donegal Stadium was not honoured.

Last week, Harps officials were shocked when the development in Stranorlar was left off a round of funding from the Large Scale Sport Infrastructure Fund (LSSIF) announced on by Minister Shane Ross.

Harps expected the €6.7million project to be included in spite of a prior commitment from the Department to committed to 100 per cent funding of phase one: a 1,900-seater stand, changing rooms, offices, a new pitch and floodlights.

Work has stalled on the development since late 2014 when the structure of the stand was first erected and McLoone (pictured by Joe Boland, North West Newspix) has laud bare the club’s frustration.

“It is totally and utterly unacceptable because the structure will shortly be not fit for purpose,” McLoone said at a press conference yesterday.

“The lack of a decision is unacceptable. It is ridiculous. It will end up nothing, it will be gone and the site will eventually be demolished. It’s time for people to get off the fence and make the call.”

In 2018, the Department issued a €304,000 grant to progress design work and to provide up-to-date costing for completion of the work. Previously, €1.2million was provided between two allocations by a previous Government in 2007 and 2008.

McLoone has dismissed any hint that Harps’ application was not submitted correctly.

He said: “The true picture is that it was dealt with by the Department of Sport in Killarney, the civil servants who I was dealing with, clearly they made the decision.

“In an email last night, they said that they made that decision in conjunction with Brendan Griffin, the Junior Minister for Sport. They rowed back and said that they referred our appraisal to a strategic development division.

“There are four weeks to rectify the wrong. The Government needs to state a clear intention. Do not attempt to deflect or blame others. I know exactly who is dealing with this and it was not the FAI or Donegal County Council.

“Finn Harps did every piece of work requested … we completed the bill of quantities to such an extent we could start work tomorrow morning. Everything is in place.”

Yesterday, Taoiseach Leo Varadkar confirmed a General Election for Saturday, February 8 and McLoone, who has been on board with this development since March, 2017, said: “The worry of that is that the decision was being held back and the can kicked down the road.

“Someone more malicious than me might suspect that it was to avoid it being a conversation during the election period. The announcement was supposed to be this Friday, but it was suddenly brought forward to get the announcement before the election was called.

“We were very surprised on Friday and the attempt to kick it to touch was unacceptable. There is no doubt that the decision lies with the civil servants and politicians.

“If the political will is there to give this money to Finn Harps, it can be done over night, no question.

“They didn’t honour their own commitment and we’re asking the question: Why?” 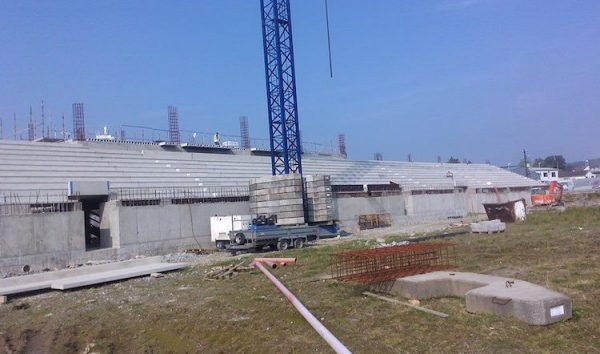 Harps have been liaising closely with Donegal County Council during the application process and the local authority remain supportive of the project.

Just one FAI-backed project – the Munster Centre of Excellence in Glanmire, – was awarded funding of €2m under the LSSIF and it is understood that the local Council will write to the Department outlining that the development is a ‘top priority’ for them.