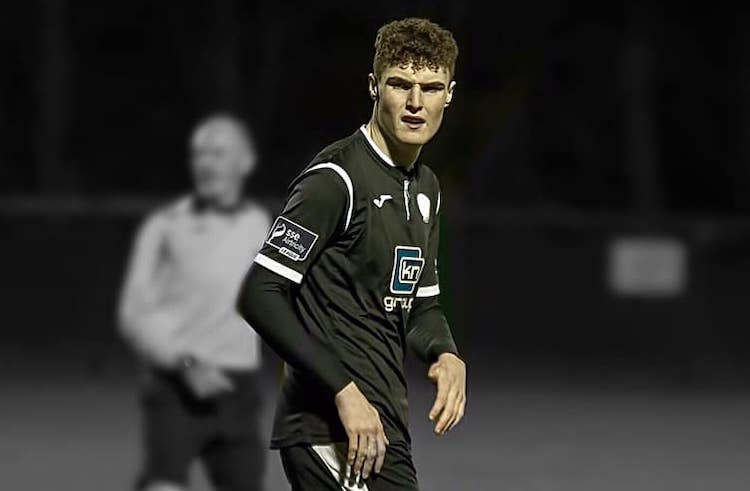 USL – Bonagee add Diver to squad ahead of key period

The 19-year-old centre-back joins from Finn Harps, where he spent the last couple of seasons at under-17 and under-19 levels.

After leaving Harps following the 2019 season, Diver has joined up with Bonagee ahead of Sunday’s FAI Intermediate Cup clash against College Corinthians at Dry Arch Park (kick-off 12 noon).

Diver’s arrival comes hot on the heels of the addition of former Harps captain Packie Mailey.

“Keenan will be a great addition to the squad as we look ahead to a busy period,” Gibson told Donegal Daily/Donegal Sport Hub.

“We are challenging on all fronts at the moment with semi-finals in the Knockalla Cup and the League Cup to come later in the season. We’ve got the Intermediate on Sunday, we’ll be in the Senior Cup draw later in the year and we’re hopeful of maintaining a challenge in the League.”

Bonagee, the Knockalla Caravans Cup winners of last season, were held 1-1 by derby rivals Letterkenny Rovers on Sunday in the League, but have an Intermediate Cup quarter-final place to aim for this Sunday.

Gibson believes the addition of Diver will strengthen his squad.

The Bonagee boss said: “Keenan ticks a lot of boxes for us in that he’s coming from playing a good level, he has come in with a good attitude.

“He’s a local fella from a family that is already strongly connected to the club so it’s great to get someone like that on board.”

Meanwhile, Gibson is hopeful that an injury sustained by Michéal Doherty on Sunday is not as serious as first thought. Doherty was carried off in the closing stages of the game and has damaged ligaments in his knee.