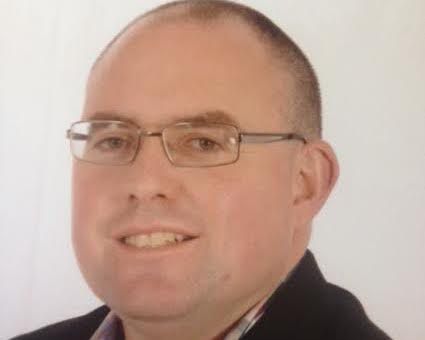 Falcarragh based county councillor Michael McClafferty has quit the Fine Gael party because of what he claims are “a legacy of broken promises in the constituency”.

He will now continue in his role as an Independent Member of Donegal County Council.

Cllr. McClafferty has contacted party headquarters to cancel his membership and  has asked them to respect the fact that his decision is not open to any further engagement with Fine Gael.

In his letter of resignation from Fine Gael Cllr. McClafferty told the Tribune he was approached to join the party by Education Minister, Joe McHugh over a year ago.

He said that having given the matter due consideration and being told that his interests would be best served with membership of the Government party he was very happy with these assurances.

“But not one single promise was honoured,” he revealed.

Cllr McClafferty told the Tirconail Tribune that ‘from day one’ after being elected as a Councillor he began to realise that the party was ignoring him and his calls to Minister McHugh and others were not being answered.

He said: “After  considering my options, I found myself in a position of being forced to defend the indefensible on behalf of Fine Gael in Donegal. I could not get answers to any queries for our supporters and their problems. I was attending meetings where an empty chair signalled the absence of the Minister.

“They were enraged by the number of unanswered visits, telephone calls and emails to the Minister’s office. I had others approach me at the weekend informing me that their comments on Minister McHugh’s social media page were being deleted.

“In the circumstances, my decision to join FG was wrong. Now that I have taken the decision to leave the party, I’ve found a new freedom of expression. I can approach the people knowing that I will be able to represent them honestly, having done my best for them,”  he added.

He said he was forced to contest the local elections without any real input from Fine Gael and things went downhill when another candidate was added to the ticket in the Glenties area without any consultation.”

Cllr. McClafferty said “I have always been a community activist because I believed that I had a role to play in this part of the constituency. I am proud of my role in the ‘Can’t Pay – Won’t Pay” campaign and many others. Living in Derryreel, I am very conscious of the serious issues of rural depopulation: loss of public services in the Glenties area and the need to stop emigration. As an Independent Councillor I will now have more freedom to highlight the inequalities in our midst and I am proud to serve the community that elected me.”