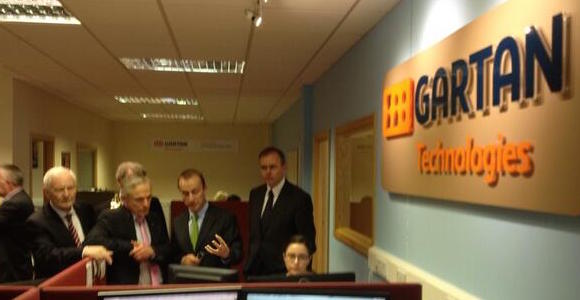 To date there have been at least 26 fatalities, tens of thousands of properties destroyed, and an estimated one billion animals killed since the scale of the tragedy became clear in December.

Fulltime, part-time and volunteer firefighters are tackling the fires and a Donegal software company is playing a role in the operational response in New South Wales and South Australia.

Gartan Technologies is a software company based in Letterkenny.

Their software is used to manage the availability of firefighting personnel and it is used by Fire & Rescue NSW in Sydney and by the South Australian Metropolitan Fire Service in Adelaide.

Chief Executive Officer at Gartan, Malachi Eastwood, said this is the most challenging time they have face since beginning work with the Australian fire services.

“We’ve been working with the Australian fire services since 2014 and this is certainly the most challenging fire season in our time there. Our work pales into insignificance in comparison to what the firefighters are doing on the ground but we’re very proud to be associated with both organisations.”

“Australia is used to bush fires but the scale of the problem this year is extraordinary. It’s startling. For example, there are smoke plumes nine kilometres high that are penetrating the upper atmosphere. That causes lightning storms which, in turn, feed new fires.”

Gartan has an office in Sydney and staff there work with their Letterkenny colleagues to ensure that the software is always available to the firefighters.

Malachi explains, “Part time and volunteer personnel use the software to tell the service when they can respond to emergency callouts. It then monitors the minimum crewing requirements at each fire station and sends out alerts if there are any staffing shortages.”

“Firefighters, the world over, are rightly lauded for their bravery and now the firefighters in Australia, known as ‘firies’, are dealing with unprecedented challenges. It’s incredibly dangerous work and the fact that they’ve been fighting the fires for so long is incredible.”

Fire season in Australia started in September 2019. It’s due to continue until at least March 31st so there are more difficult days ahead.