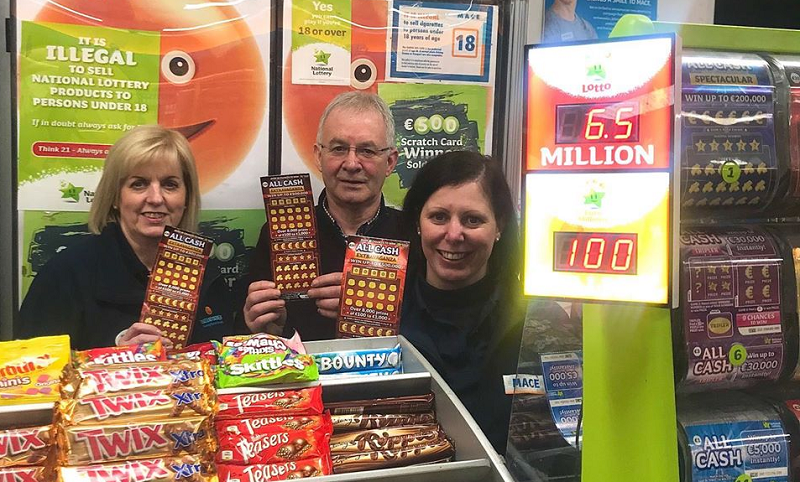 Lucky punter scoops half a million euro in Donegal!

Someone in Donegal has just won themselves a massive €500,000 prize from a very lucky scratch card.

O’Donnell’s Mace in Crolly, Gweedore, has revealed that a jackpot-winning All Cash card was sold in their store.

And one local person is starting their new year with a wonderful half a million euro boost in their bank account.

The winner may be keeping their identity under wraps, but the staff at O’Donnell’s are only too happy to celebrate the local success.

The team revealed that the winning card was a €20 All Cash Extravaganza, which carries a €500,000 top prize that can be won instantly.

“We are over the moon with the news,” said the O’Donnell’s Mace team.

The celebrations are set to truly get underway in store at lunchtime!

“Join us tomorrow at lunchtime to celebrate,” said the O’Donnell’s team.

“As they say…IT COULD BE YOU!