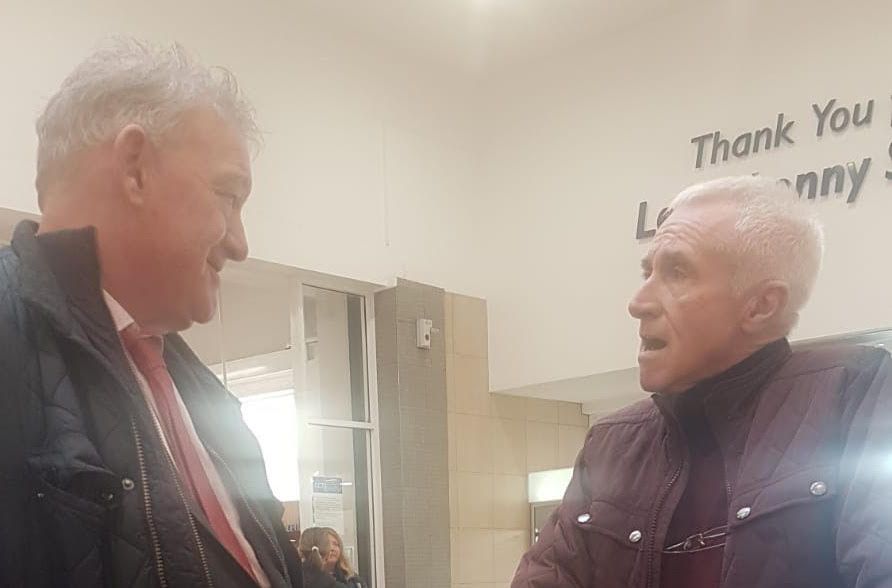 The Greencastle-based businessman told Donegal Daily he has until next Wednesday to make his decision.

He said “I have been considering this for a while now and I have to decide by next Wednesday. It will only cost me €500 to do so.

“Leo Varadkar told people not to vote for me during the Presidential election and now I will do the same to him.

“I plan to tell the people of his constituency what a poor Taoiseach he has been. All you have to do is look at his record. He has been in charge during Swing-Gate, the disgrace over the rising costs of the children’s hospital, the ongoing homeless crisis and the broadband debacle.

“My heart is in Donegal and I want to be elected here but I also want to let the people of Dublin know exactly how poor a politician Leo Varadkar is.”

Casey’s pocket vibrates and he begins to fiddle with a leather holder as he chats away about his plans for Leo.

It’s not his phone that needs to be answered but a medical device he had fitted to discharge small electric jolts since having serious back surgery in December.

“I’d swear Varadkar called this election when he heard I was in serious pain and I can’t stand for a long time,” said the election candidate for Donegal.

It’s Saturday morning at Letterkenny Shopping Centre and Casey and his election team are out on the hustings meeting and greeting and handing out election leaflets.

He admits it’s actually his first day on the campaign trail since the Taoiseach called the election four days ago on January 14th.

It’s 10am and there’s still a heavy January frost on the ground outside with only a few shoppers inside the warmth of the shopping centre.

Shoppers do a double-take when they notice the familiar face made famous on RTE’s Dragon’s Den.

The 62-year-old doesn’t jump in but bides his time and chats casually to passers-by before his election assistant Francis gives them a leaflet telling them why they should vote for him on February 8th.

“He’ll certainly be getting my vote,” says Mary McGee from Drumkeen who is handing out chicken tasters outside a butcher shop in the centre.

“I’ve always liked him from when he was on Dragon’s Den. He seems very down to earth and I think he’s the kind of person you could go to if you had a problem.”

He moves on to three elderly women all clutching walking aids as they sit on a bench.

It turns out they don’t have a vote as they’re out from Derry for a music night in the local Clanree Hotel.

“But if we did have a vote we would give it to him. He’s a lovely fella,” said one of the women.

Casey says that Donegal is a unique place and he will be concentrating on issues such as hospital care, VRT, housing and broadband in his campaign.

“All these issues can be addressed if we take a business approach to them and that’s what I’m good at. Yes, there would be pain but there would be accountability.

“Take health. In Donegal, we simply need much more co-operation between ourselves and Derry to solve our health crisis but instead, people are being sent to Dublin and Galway for treatment.

“My ideal job would be Minister for Health. I would just love that.”

He feels he will be in a dogfight with sitting Independent TD Thomas Pringle for the final seat in this five-seater constituency.

He doesn’t think Sinn Fein have a chance of getting a second seat but feels it will be two Fianna Fail, one Sinn Fein, one Fine Gael and that fight for the last precious seat.

“That’s how I see it going. I think I’ll pop down to Paddy Power and place a large wager on Sinn Fein not getting that second seat.

“I’ll be there with Pringle for the last seat but I think I’ll get it. When you think of it, what has Pringle really done for the people of Donegal since he was elected?” he asked.

His first outing meeting the public is taking it out of him and Casey admits he is working through the pain barrier.

He will pick his towns across Donegal and blitz them in the coming days but he has a plan to work remotely and still meet voters.

“My live 24-hour call centre for voters will be up and running by Monday. People can ring in with their issues and problems and leave video messages. We’ll come back to every person who contacts us. It’s about accountability.

“Donegal is a huge county and we would never get around it all so we want people to be able to contact us in the next three weeks and hopefully they will,” he said.