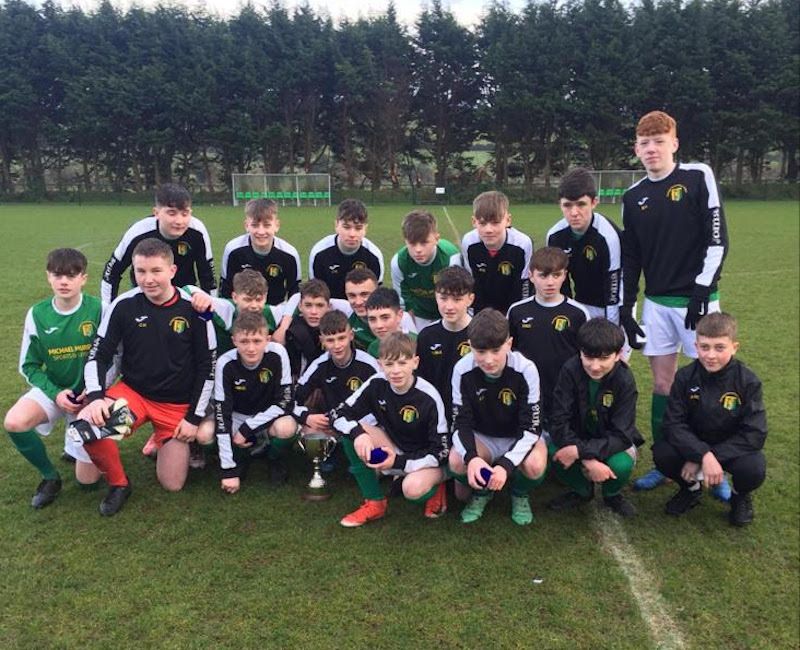 Donegal Schoolboys had an emphatic 6-1 win over Inishowen at Ballyare In the SFAI Subway Championship Ulster final to advance to the National semi-final.

Donegal started on the front foot and controlled the early stages. They were getting plenty of space down both flanks and it was from the combination of Luke Parke and Jack McGlynn down the right that Parke put Donegal in the lead.

Cian McGee and Callum McAteer were controlling possession in midfield and a brilliant through ball from McAteer to Sam Harvey had Donegal two up when his cross was met by the impressive Mark McGlynn.

Inishowen had a couple of breaks but these were dealt with comfortably by a Donegal defence well marshalled by Sam White and Ciaran Kelly.

It was 3-0 at the break when a superb move which started with Kelly ended up with Harvey through on goal and he calmly slotted it past Zach Conlon.

Inishowen started the second half brightly by reverting to three at the back and got their just rewards when some good possession played Deaglan Lynch in who finished excellently passed Keadue Rovers clubman, keeper Cormac Hanlon.

This might have given Donegal the wake up call to think this game wasn’t over and a superb finish by Robbie Murphy to lob it over the keeper for 4-1 give them breathing space again and they seen the game out comfortably.

Man of the Match Cian McGee volleyed home at close range from a corner and with the last kick of the game, Sam Harvey scored a penalty after a foul on Kian McGrath.

A well deserved win for Donegal Andy Inishowen will move into the Subway Plate section while Donegal have a Championship semi final to look forward to against a winner from Leinster, Connacht or Munster.