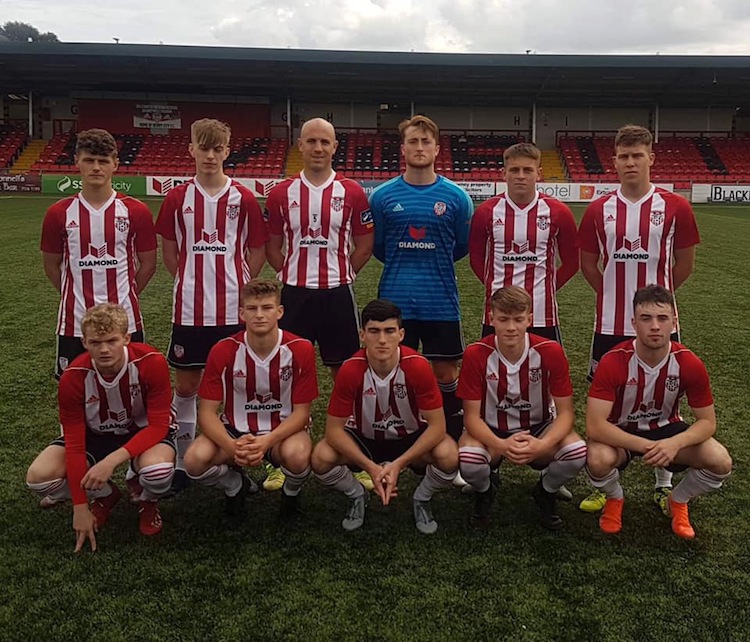 DERRY City Reserves picked up their first League win of the season with a narrow triumph against Finn Harps Reserves.

City led after six minutes. A from the right hand-side by Caoimhin Porter was met by the run of Odhrán Kennedy into the box. Kennedy’s headed finish looped over the Harps ‘keeper.

On 12 minutes, the Candystripes doubled the advantage.

A good move from Derry down the left was finished off with a great strike from Matty Walker from a tight angle.

On the hour, Stephen Black’s header pulled a goal back for Harps, but Derry held on.