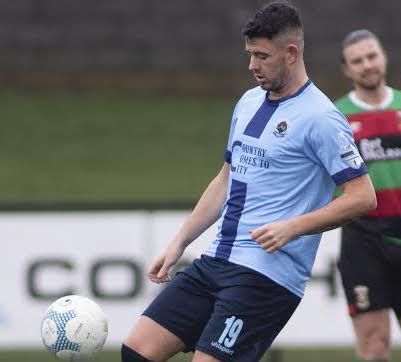 FINN Harps are one of a number of clubs tracking Institute striker Joe McCready.

The powerful frontman (pictured by Joe Boland, North West Newspix), whose contracts at ‘Stute runs out at the end of the current Irish League season, is being courted by a handful of clubs.

McCready has scored ten goals for struggling ‘Stute this season and Sean Connor faces a battle to hold onto the 29-year-old.

Last week, the player told the Derry Journal: “If I have any offers in January I’ll evaluate things and I think I’ll make the right decision.”

Horgan admitted: “We do need a couple more. We have lost all of our out-and-out attacking players signed. Jamie (Browne) is the only out-and-out centre-forward we have. We need to get one or two in that area.”