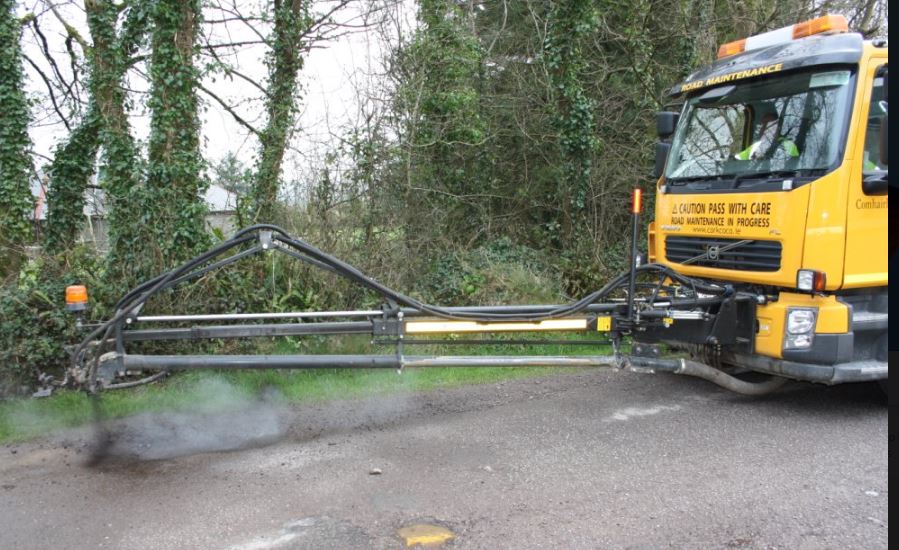 A €33million investment has been announced today for maintenance of regional and local roads in Donegal in 2020.

The funding is part of a €525million national programme launched by the Department of Transport today to allow approximately 2,700kms of roads to be maintained and 2,300kms to be strengthened.

Minister Joe McHugh has welcomed the investment in Donegal set out some of the ways the €33m fund will be spent.

Minister McHugh said the investment is “of huge benefit for people travelling on regional and local routes”.

“The investment comes on the back of around €133m that has been spent by this Government on national, regional and local roads in the last two years.

“And it means this Government is spending a total of €75m is being spent on national, regional and local roads in Co Donegal in 2020 – A huge spend and a huge amount of work to make real differences to life in our county,” Minister McHugh said.

Fine Gael Councillor and general election candidate Martin Harley said: “I am sure this continued Government investment in our roads will make a difference to all the people who use these routes regularly and for visitors to our county.

“We have seen significant investment in recent years – more than €200m in total over the three years for 2018, 2019 and 2020. And all across the county the investment can be seen when we are driving on the roads.”

Fianna Fáil Deputy Pat the Cope Gallagher has stated the funding will be a welcome start on repairing some of our roads “but more will be required to deal with legacy issues especially in terms of some of our county and regional roads”.

Pat the Cope said: “While this year’s allocation is a net increase on the 2019 roads allocation, it is barely meeting inflation and it certainly is not meeting the backlog of road repairs which as a county we have to deal with.

“The Government’s own strategy as set out in the National plan earmarks additional funding for regional roads, but we see no evidence of this in the allocation for 2020 which is announced today.”

Deputy Gallagher is called for “more ambition” and a review of the investment.

“More ambition will be needed on the part of the newly elected Government if substantial progress is to be made in dealing with Donegal roads which are in urgent need of repair. The entire roads budget allocation system will have to be reviewed in order to give priority to counties which need additional funding and resourcing, and that certainly will include Donegal,” concluded Pat the Cope.

Full details of the roads allocations are as follows: 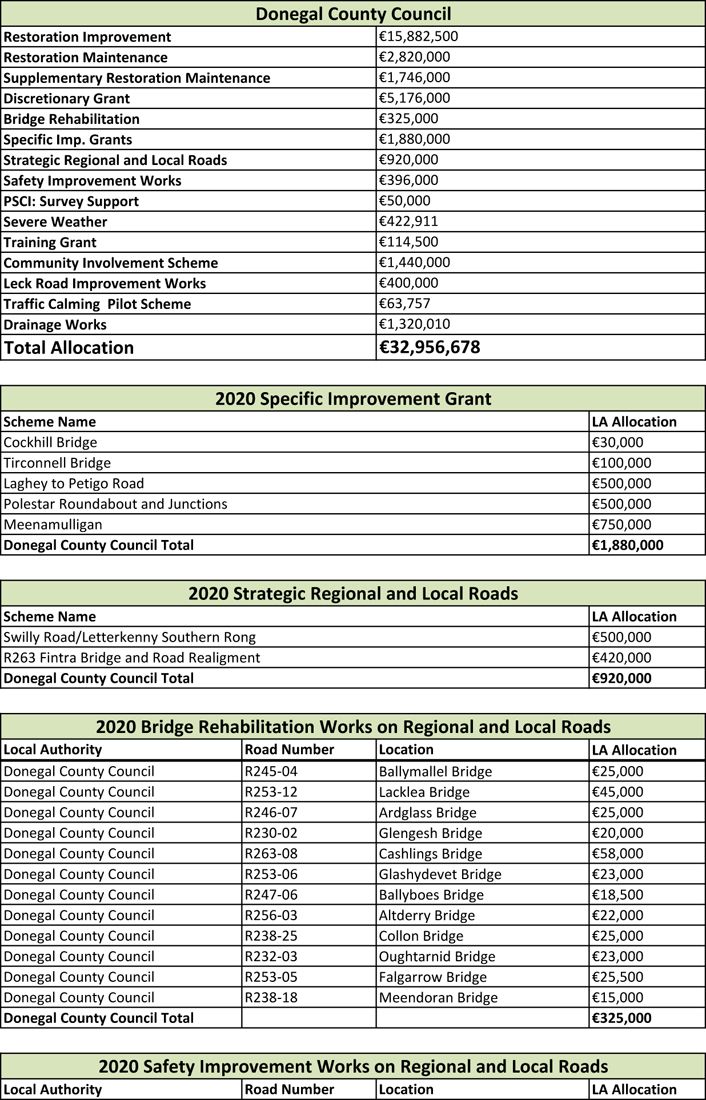 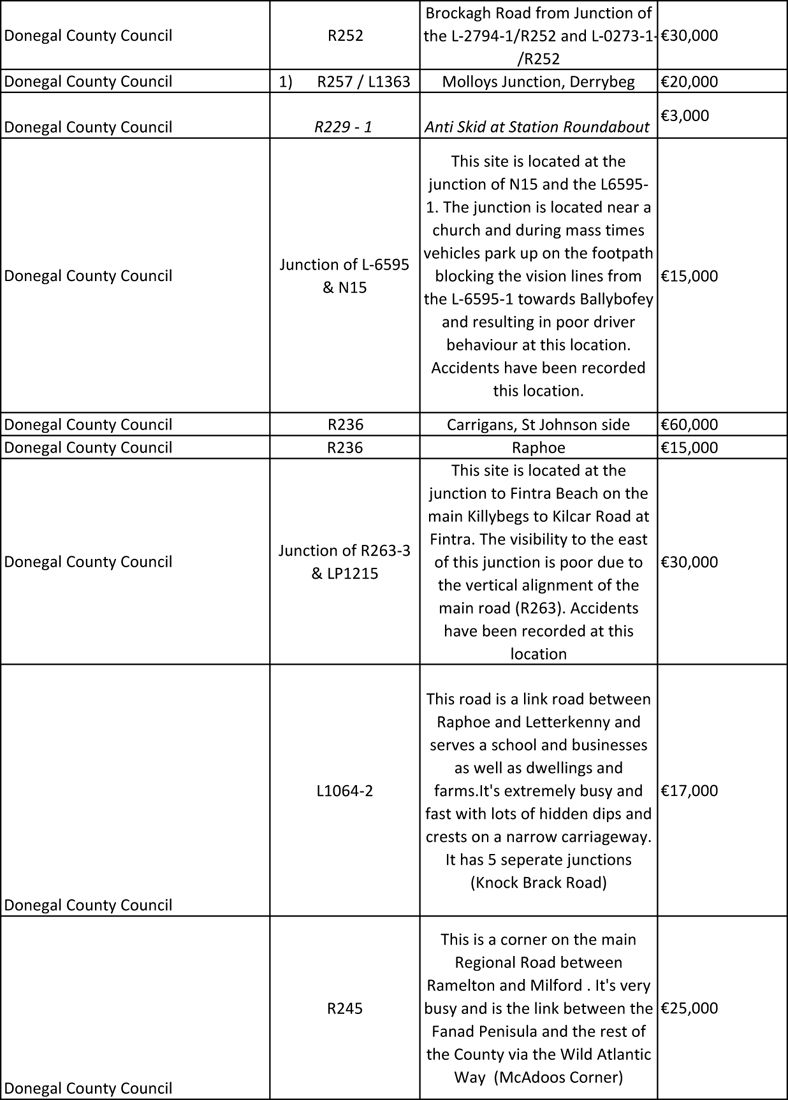 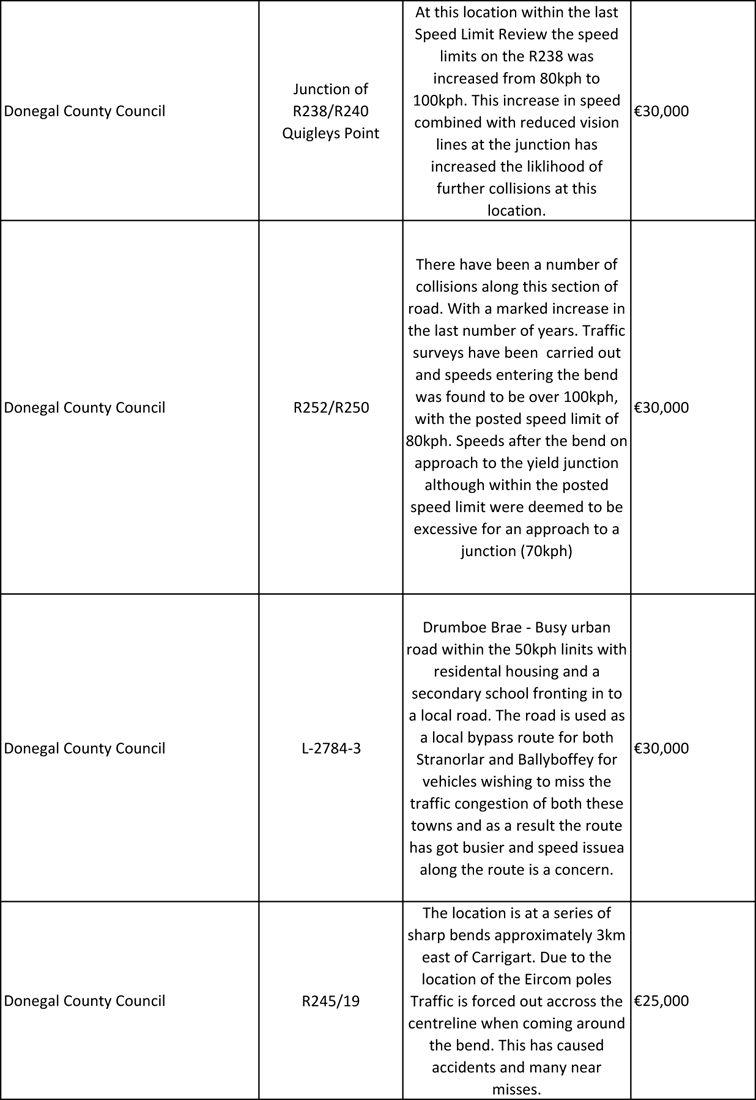 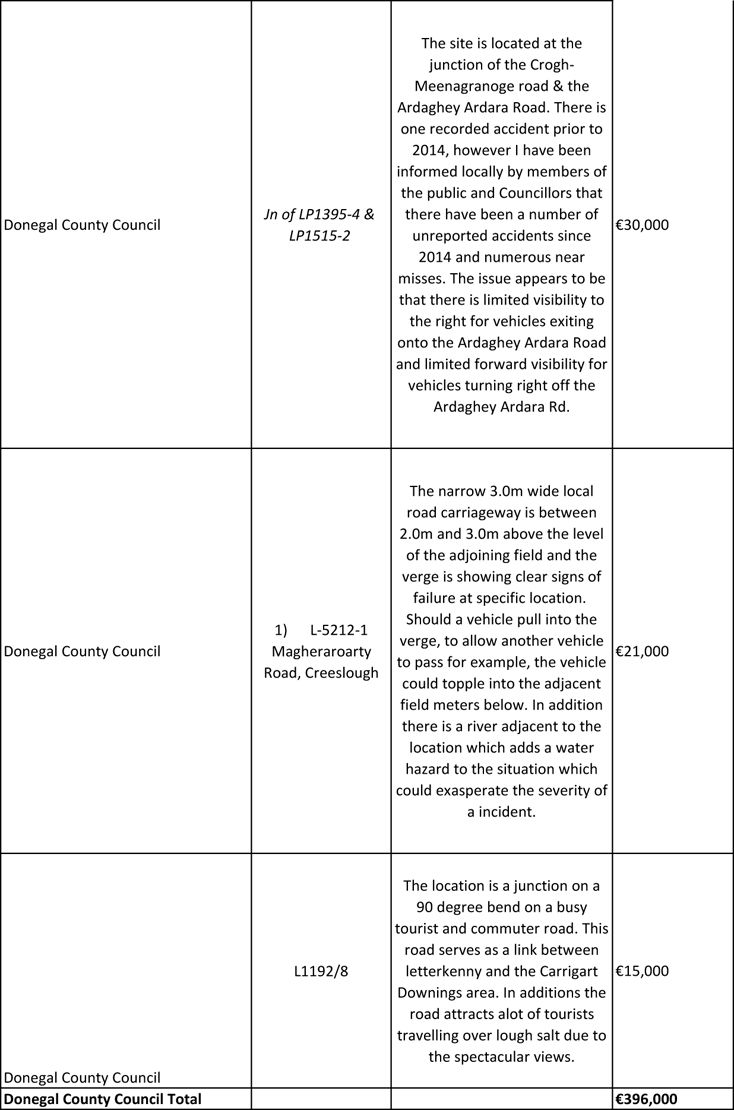