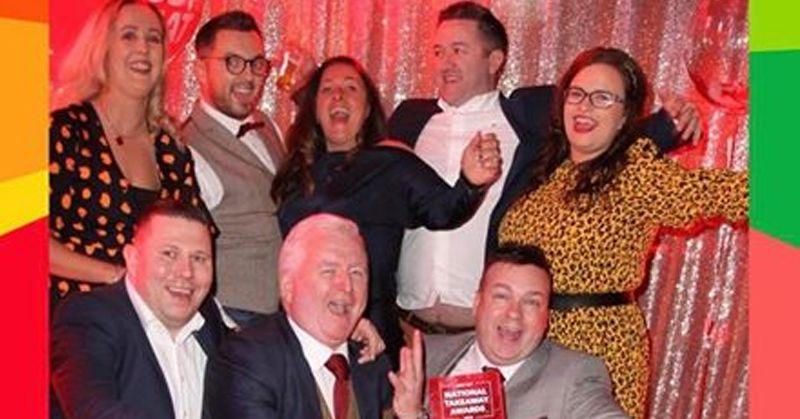 Bamboo Court stirred up two victories as they were crowned Ireland’s Best Chinese Takeaway and the Best Takeaway in Ulster.

With the Spice Bag being named Ireland’s Favourite Dish again this year, Bamboo Court has a lot to celebrate.

The ever-popular Friars Rest (pictured above) at Glencar Letterkenny scooped the award for Best Takeaway Burger of 2019. In recent years, Friars has picked up awards for Best Burger in Ulster, Best Chipper in Ireland and Best Fish and Chips.

Burrito Loco also triumphed tonight with the Best Healthy Takeaway award. The Mexican streetfood restaurant, which was shortlisted for seven awards this year, is a popular choice among foodies who like the lighter options.

Twenty five awards were up for grabs at tonight’s Just Eat awards, with the nominees and ultimate winners are decided by public vote with over 17.3k votes registered over the past number weeks.

Introduced this year to acknowledge those within the industry working to make their business model more sustainable, the inaugural Just Eat Best Takeaway Sustainability category was won by Camile Thai, Phhisbsboro, with Burrito Loco, Letterkenny; Chopped; San Sab, Drumcondra and Sprout also shortlisted and recognised within the category.