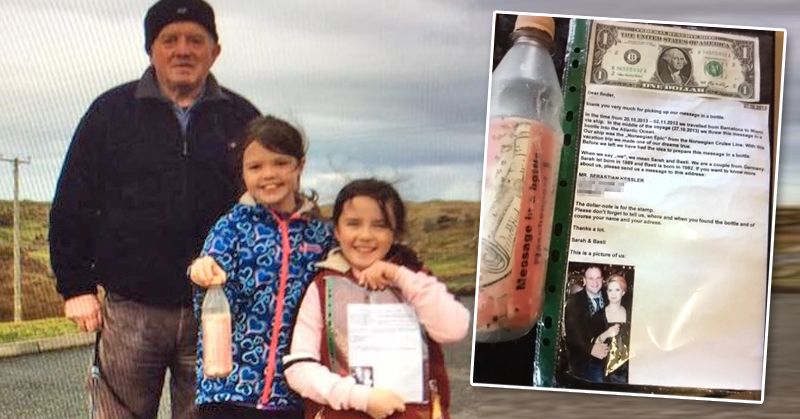 Message in a bottle makes amazing Atlantic journey to Donegal

A Donegal man and his granddaughters have made a special connection with new penpals in Germany after discovering a message in a bottle on their local beach.

John Gallagher and his nine-year-old granddaughters Aoife Healy Gallagher and Molly McDyre were walking on Keadue Beach in Burtonport last Saturday when they spotted a bottle in the sand.

Little did they know that the bottle had been on a long journey after being tossed into the Atlantic in 2013.

It took six years for the bottle to reach the Donegal coast, but it took just six hours for the finders to track down the senders.

The senders were Sarah and Sebastian Kessler from Germany. They created the message in a bottle while on a dream cruise holiday from Barcelona to Miami. They included a letter and photo in the bottle, along with a dollar bill in the hope that the finder will write back.

And that’s exactly what cousins Aoife and Molly are planning to do now. 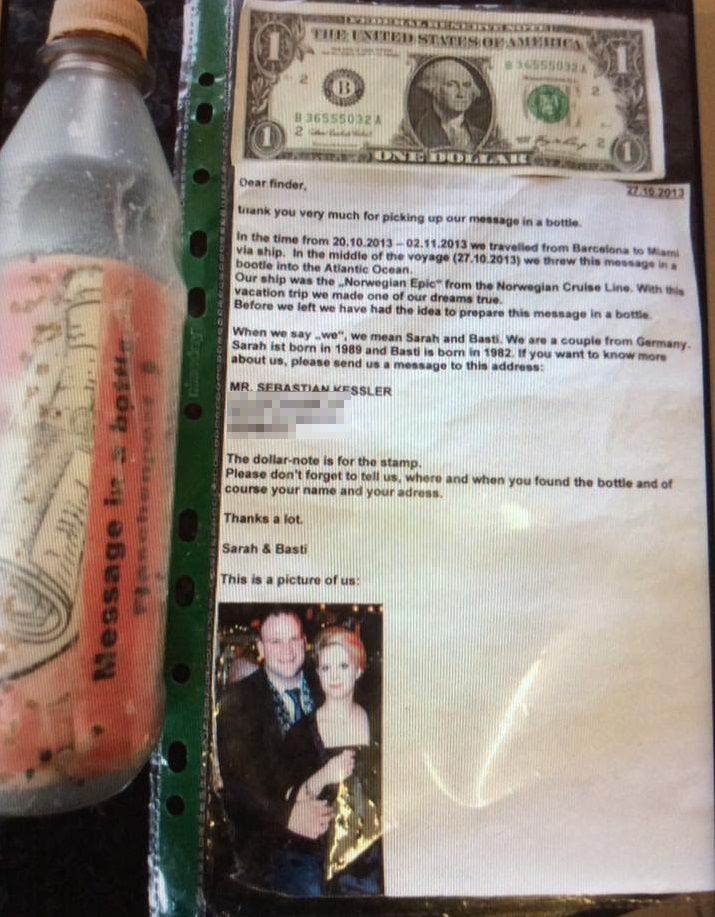 The letter found in the bottle at Keadue in Donegal

The girls have been enjoying the thrill of their discovery and the investigations that followed afterwards.

Aoife’s mum Laura Gallagher had the bright idea of reaching out to Facebook to find the German couple to confirm their address. After over 600 shares, the post reached someone who found Sebastian’s legal business page. Sebastian was amazed to get a message from Laura. His reply was ‘Wow’, Laura said, and he sent them some more photos from their cruise trip.

Laura praised the power of social media for this happy outcome: “That’s what I believe Facebook should be for.” 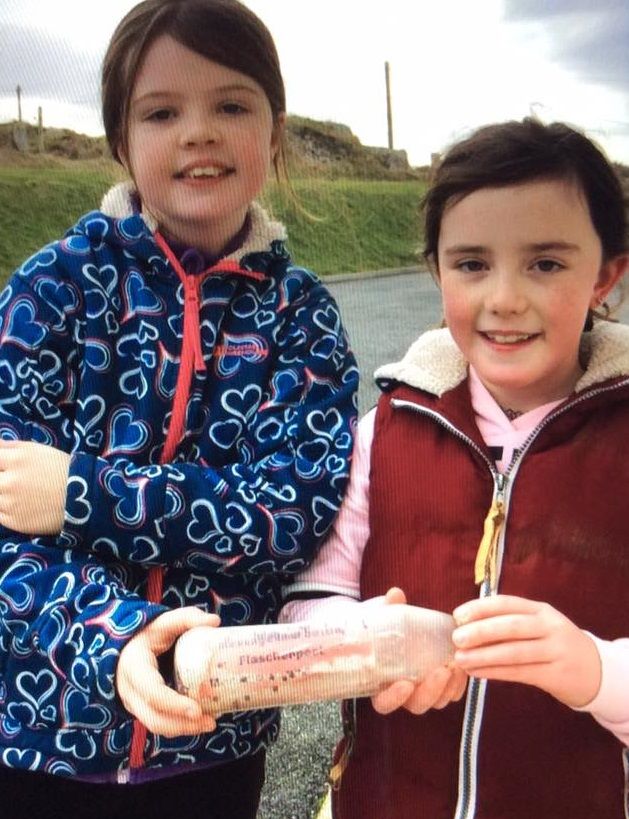 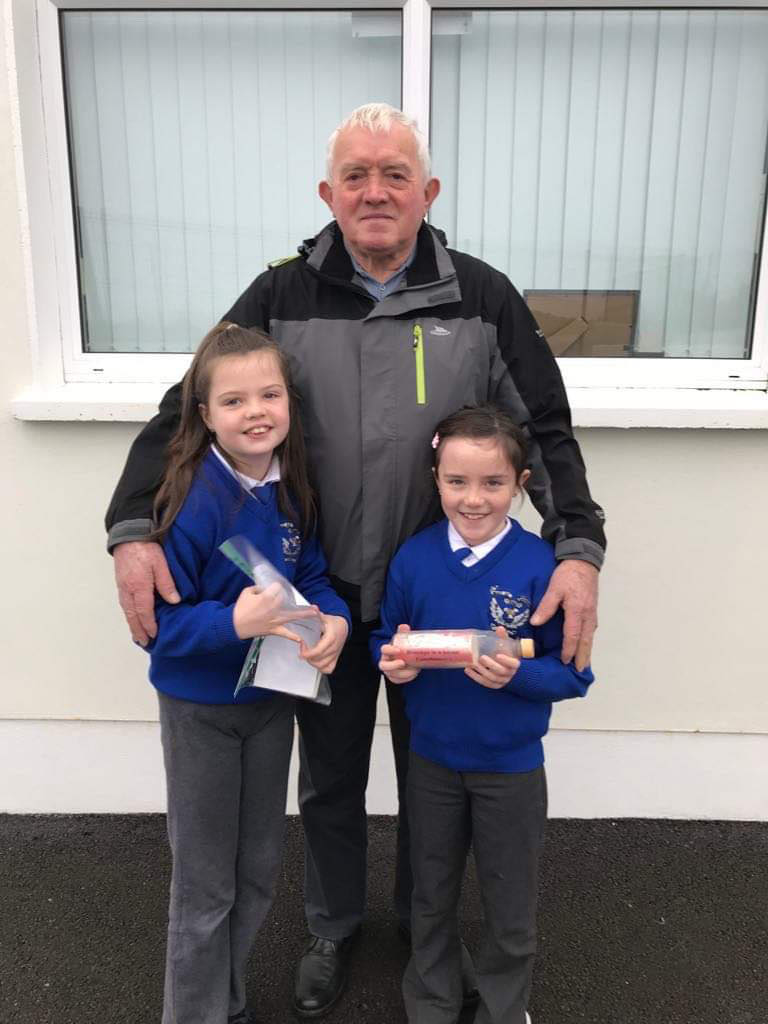 With a newfound connection formed in Germany, the Donegal family is currently penning a letter to send back to the Kesslers with photos of the beach at Burtonport and Keadue.

Such was the excitement that the girls assembled their classmates at Scoil An Aingil Choimheadai for a group photo for the letter. 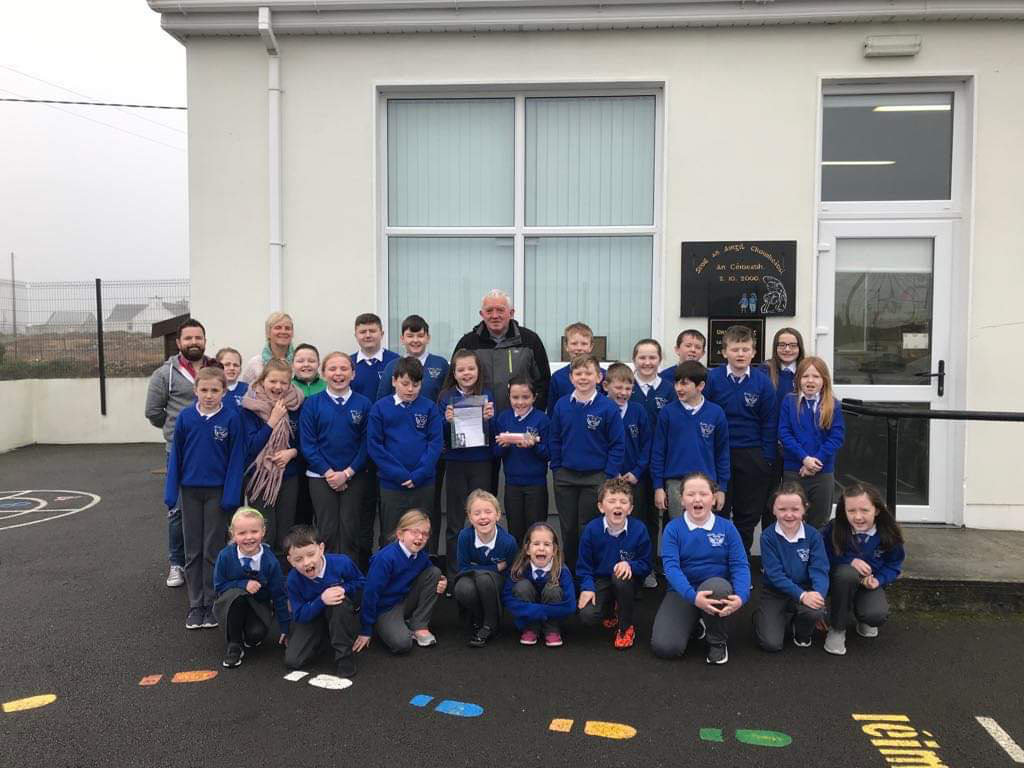