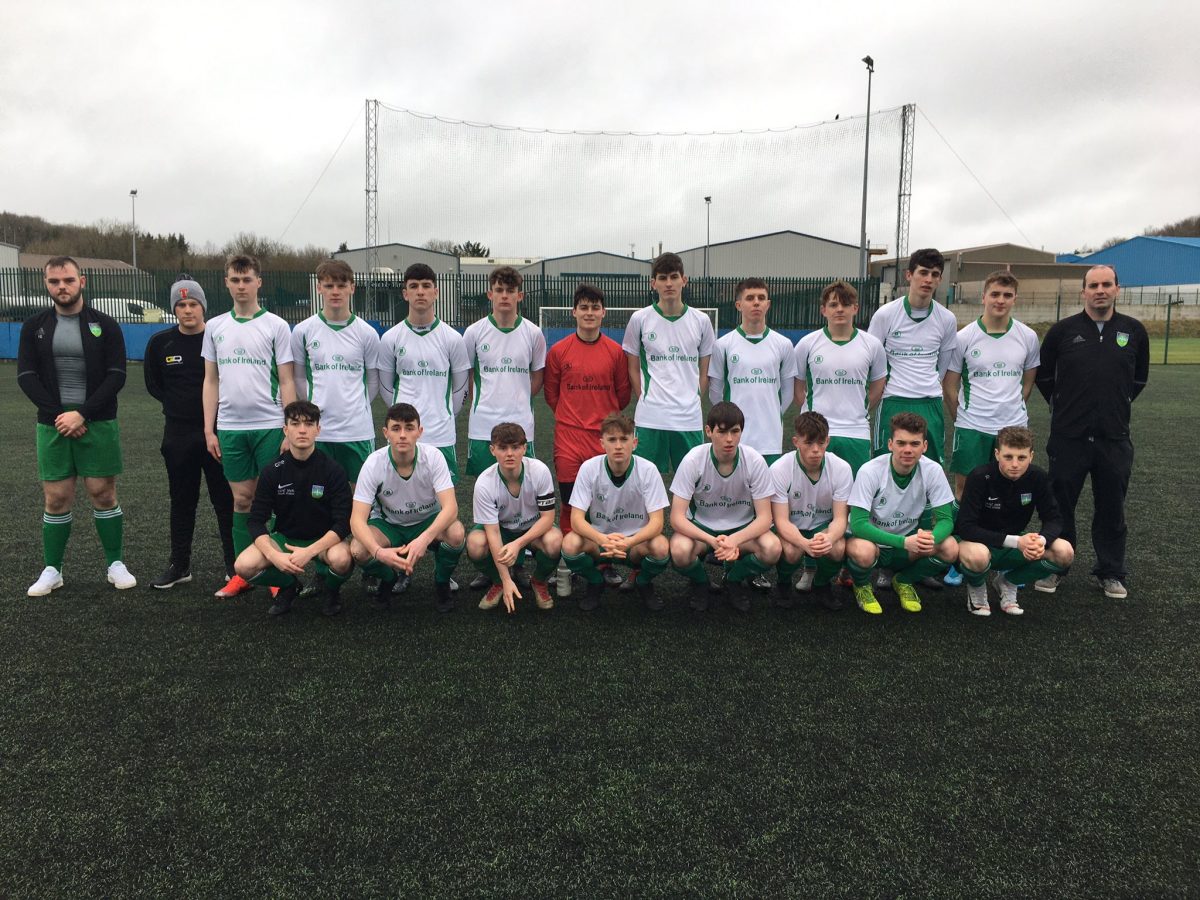 Gaoth Dobhair came out of the blocks fast against St. Farnans Post Primary School. Pressing early on it was only a matter of time before the west-Donegal side scored.

On the 5-minute mark Mac Phaidin strike found its way past a helpless Evan Ennis in the St. Farnans goal.

One could have forgiven Gaoth Dobhair for taking the foot off the gas after taking an early lead but that proved no to be the case.

Netminder Ennis was then called into action on 12 minute having to be at full stretch to deny a Donal Mac Giolla Bhride header as Gaoth Dobhair dominated the opening exchanges.

St.Farnans almost pulled the game back level against the run of play at 25 minutes.

An Eoin Bagnall set piece was sent high into the danger zone, it was nearly a heart in mouth moment for Gaoth Dobhair as slip up from Joe MacAoidh in goal appeared would give St. Farnans the equaliser but Donal Mac Giolla Bhride was able to clear under pressure.

Jamie Doherty saw his free kick effort nearly creep its way in on 29 minutes but Ennis in the St. Farnans goal was able to gather after the ball had initially deflected off the wall.

St. Farnans had a free kick effort of their own come close on 42 minutes as Eoin Bagnall’s set piece narrowly went over the cross bar.

Ghaoibh Dhabhoir were probably relieved to go in at half time 1-0 up.

Donal Mac Giolla Bhride came closest to doubling Gaoth Dobhair lead in the 2nd half as his fantastic effort nailed the crossbar on 60 minutes.

St. Farnans were still pushing hard for an equaliser and nearly found it in the form of Kevin Campbell on 69 minutes whose snapshot was goal bound but Joe Mac Aoidh was on hand to divert the danger.

That early Mac Phaidin goal proved vital as it gave Gaoth Dobhair something to hold on as they held on for a famous win in Monaghan.