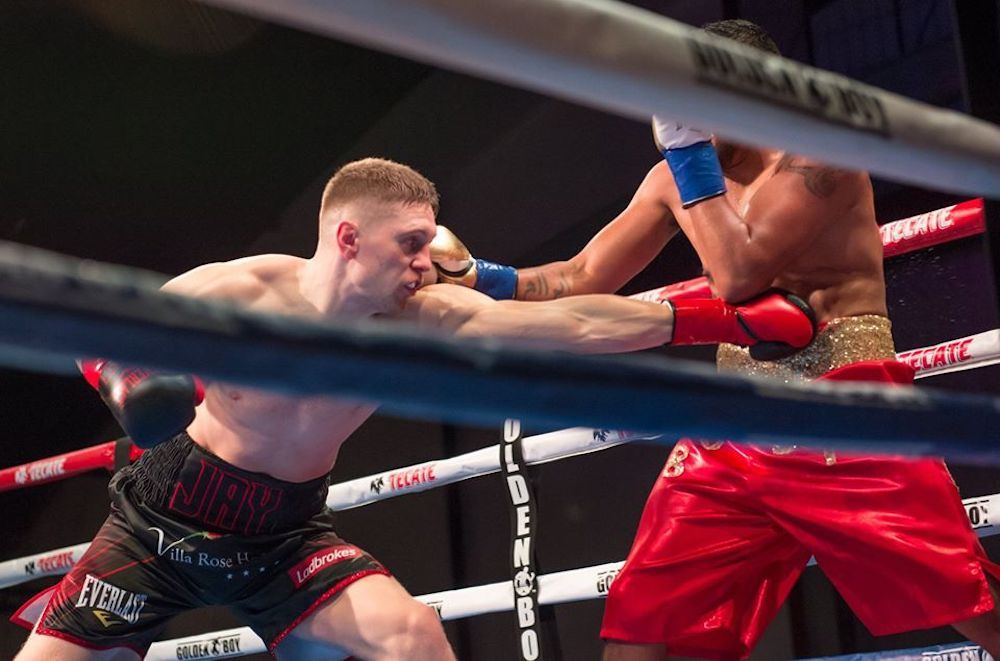 Change of opponent as Jason Quigley headlines in California

JASON Quigley will have a change of opponent for his headline fight on Thursday night.

Quigley (17-1, 13KOs) will face Fernando Marin (16-4-3, 12KOs), who has stepped into the void after original opponent Oscar Cortes withdrew from the bout.

Cortes pulled out on Monday night, but fellow Mexican Marin will now go through the ropes for the 10-round super-middleweight main event of a Thursday Night Fights card at the Hangar at the Orange County Fair, Costa Mesa.

“All the hard work is done,” Quigley said.

“It’s about staying mentally and physically focussed.  I don’t fixate too much on an opponent. I just concentrate on my own game.”

Marin, a 31-year-old from Calvillo lost to Serhii Bohachuk by a third round stoppage in his last outing in July.

Quigley, fresh from a third-round stoppage of Abraham Cordero at The Hangar in early December, re-entered the top 15 of the WBC world rankings in recent days and is eager to climb the ladder in 2020.

The Andy-Lee trained Quigley said: “It’s an exciting time. What’s important now in 2020 is driving on and achieving what I want to achieve.

The event will be streamed live on DAZN, RingTV.com and on Facebook Watch via the Golden Boy Fight Night Page beginning at 10pm ET/7pm PT.

The series will also be available on Pluto TV’s FIGHT Channel and regional sports networks around USA.