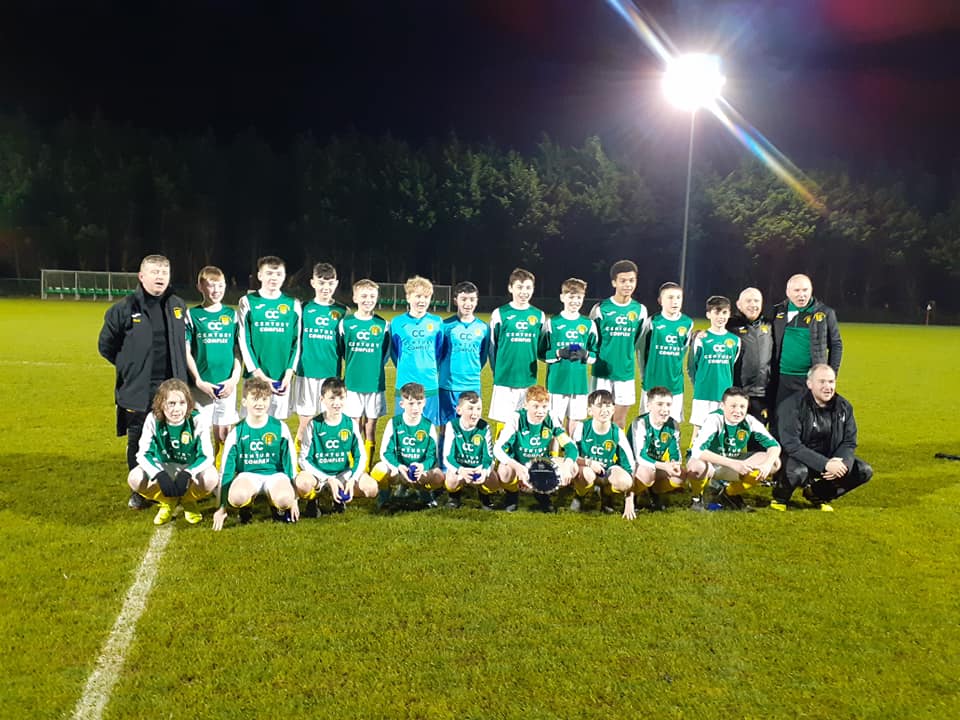 Donegal schoolboys u-13 side narrowly edged out neighbours Inishowen in the Ulster plate final on Monday night.

Jordi Gribben of Gweedore Celtic was the hero on the night grabbing a decisive goal that saw Donegal come away winners.

The team’s win last night is even more impressive when taken into consideration the fact that it is a new look 07s select from last seasons team after losing a number of star players to Finn Harps.

Seaghan McCormick, Ruairi Connaghan, Conor McGranaghan, Padraig McBride and Oisin McHugh were just a few of those who made the move up to Finn Park.

The 07s victory comes after the 05s replicated the same feat on Saturday also seeing off Inishowen.