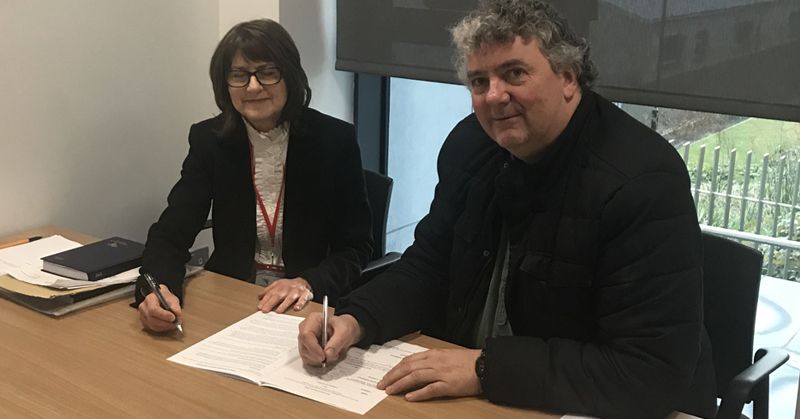 Independent TD for Donegal and General Election candidate Thomas Pringle has promised to ‘fight for the people of Donegal’ after handing in his nomination papers on Tuesday.

Pringle, who has served as a TD since 2011, said he will be focusing on campaigning for an end to the “two-party system”, rural infrastructure and services, and pushing for his rights-based agenda.

The Killybegs native said his work in the Dáil has looked at the rights of people in Donegal to get their fair share of the money pot from central Government.

He said: “Fine Gael, and Fianna Fáil supporting them, has completely bypassed Donegal in terms of development. We need better roads, public transport, broadband (already a decade too late in delivery) and restored services like post offices and garda stations, which would help combat rural depopulation.

“Ultimately, I’m campaigning for the end of the two-party system which has not served the people of Donegal. An independent, progressive seat in the Dáil would guarantee that the voices of everyone in the community will be represented fairly and directly without party politics getting in the way.

Pringle will launch his campaign this Friday at 9pm in the Tara Hotel in Killybegs.