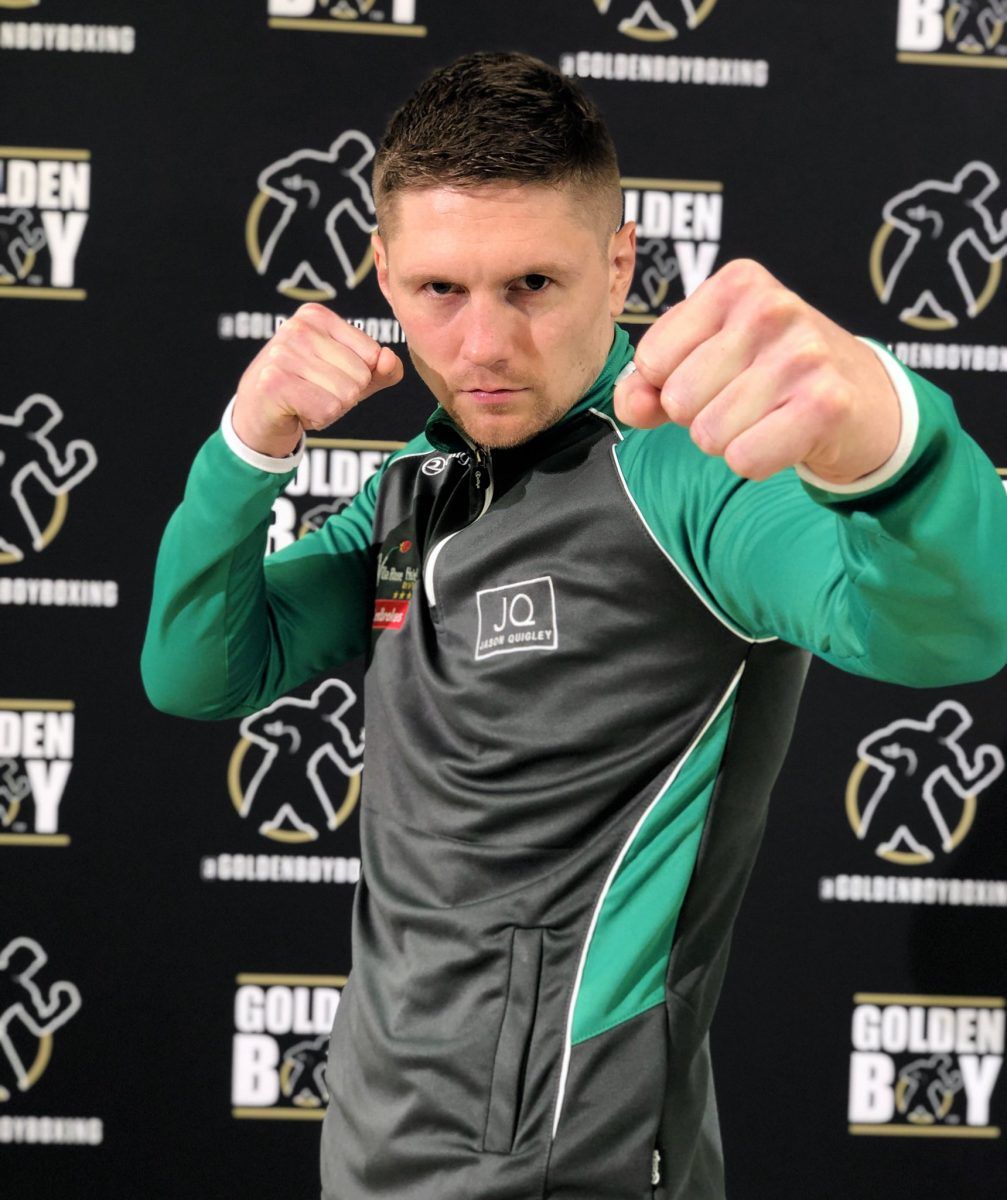 Jason Quigley weighs in ahead of Marin clash in California

DONEGAL boxer Jason Quigley has weighed in ahead of his 19th professional fight in California.

Quigley weighed in at 164.4lbs ahead of a 10-round super-middleweight clash with Mexican Fernando Marin (16-4-3, 12KOs) at Hangar at the OC Fair, Costa Mesa.

Marin a late replacement for the bout, touched the scales at 162.2lbs.

“I don’t fixate too much on an opponent. I just concentrate on my own game.”

For Quigley, it’s back to the scene of his early December stoppage of Abraham Cordero.

The Golden Boy Promotions contender halted Cordero three rounds into their bout for a win that got the Ballybofey man back to winning ways, following a July set-back and a defeat to Tureano Johnson at Fantasy Springs.

Quigley has recently got back into the top 15 of the WBC world middleweight rankings and is eyeing up some big bouts in 2020.

The event will be streamed live on DAZN, RingTV.com and on Facebook Watch via the Golden Boy Fight Night Page beginning at 3am Irish time.

Jason Quigley weighs in ahead of Marin clash in California was last modified: January 22nd, 2020 by Chris McNulty