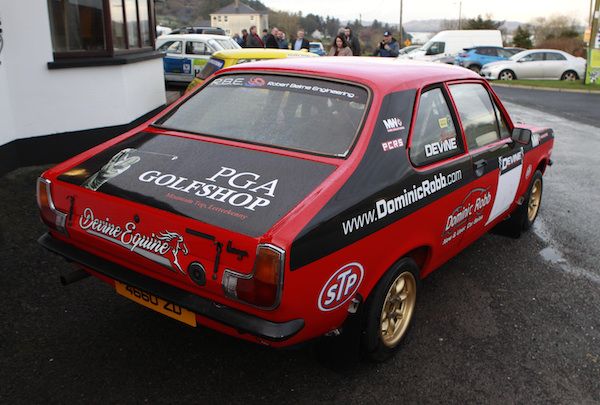 ‘Stranger on the Shore’ was my parents’ song even though they never had a record player in the house and long before the days of the cassette recorders, so they never knew when or where they would hear their song to come on the radio.

I have a vision of both of them sitting on the beach near Fahan and the old transistor radio waving in and out of reception as those first few notes on the clarinet by Acker Bilk crackled through the wireless and the two of them laying back In the sand with the radio up full blast and my father saying to my mother ‘This is the life’.

Over the years I’m not quite sure if I was there that day on the beach at Fahan our have heard my father telling me that story every time that song came on a radio that I might have made it a memory of my own.

This week without the help of a radio, I discovered my own song. It’s not a classic in the normal sense of the word but it is an all-time classic to me. Thanks to my mobile phone I was able to record the sound that sent a shiver down my spine.

It’s the first few notes of uncertainty that brings it all back to a different time, Music to my ears of a different kind, that of an old Hillman Avenger rally car starting up for the first time from cold. This is the sound that opens my time capsule back to the 70s growing up in Letterkenny, which had a few of these beautiful sounding cars filling the side streets of Letterkenny. 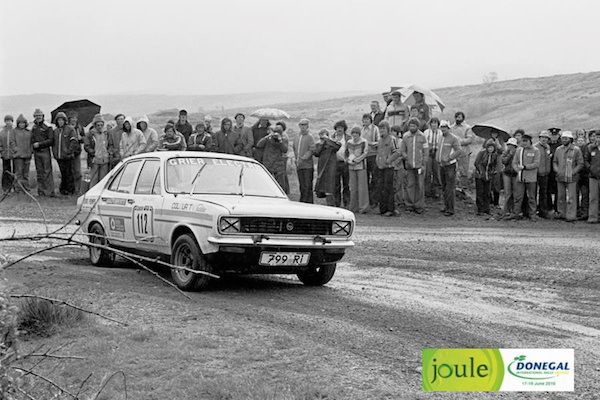 James Cullen and Rory Kennedy in their Hillman Avenger which was built by Danny Caddye on the Church Lane in Letterkenny.

These were in an era when the towns fire service was called out from a blast from an old siren on the roof of the tower on top of the fire station. Letterkenny had a very unique follow on sound as the siren was winding down.

Depending on where you were in the town when the siren went off you might be lucky enough to hear the throaty sound of a Hilman Avenger, that of Eamon Harvey’s rally car going to a fire call.

And because of the nature of the journey, Eamon wasn’t sparing the car on the short sharp blast from his home on the New Line Rd to the fire station on the High Rd. That cars beautiful sound, starting from cold, building of the Hillman coming up on to all four cylinders, followed by the roar of the twin forty-weber carburettors was magical sound you wouldn’t forget. 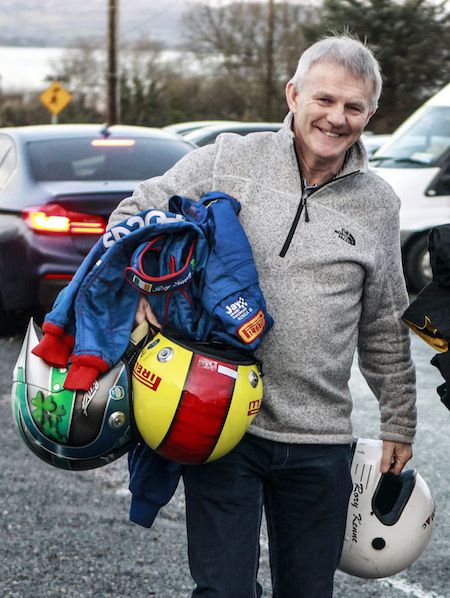 I know that a Hillman Avenger never won the Donegal Rally outright but it was the process of getting a rally car as far the starting ramp was as much of an interest to me in those years as it was actually watching the rally over the rally weekend.

To be a part of this journey of seeing an ordinary road car coming in the gateway of Danny Caddye’s old tin garage on the Church Lane as a standard road car, to be set up on axle stands up on the oak wooden floor made from railway sleepers that were lifted from the old Lough Swilly Railway and to be transformed to a finished rally car was a special journey to be on.

Stories were told of two Hillman Avengers, a Scottish registered bronze two door of Eamon Harvey’s and the white Dublin registered 4 door of James Cullen’s heading off to a rally in Mayo, serviced by Danny Caddye and Paul Sheils and returning with 1st and second overall titles of that rally that weekend was some achievement for a small workshop on the Church Lane. 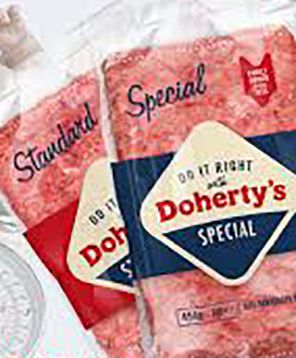 The Special one , as we knew it Doherty’s Mince a house hold name in Donegal in years gone by.

Brian Devine’s Avenger also sparked other memories of what the garage did on normal days when we weren’t working on rally cars, Long before Josie Mourinho made the ‘Special One’ his signature, we were part of the team that had to ensure that, ‘The Special One’ got to its destination every day in Donegal.

One of our customers was a fleet of white petrol powered Ford transits belonging to Doherty’s Butchers and our job was to keep them on the road. Them old V4 and 1600cc crossflow powered vans had big runs to do when loaded to the roof with pounds of sausages, red labelled Doherty’s mince and not forgetting the blue labelled and Donegal’s favourite ‘Doherty Special Mince’ which everyone in Donegal in them days was raised on the “Special One”, mince that is. Some even posted it to home sick immigrants in England and Scotland. 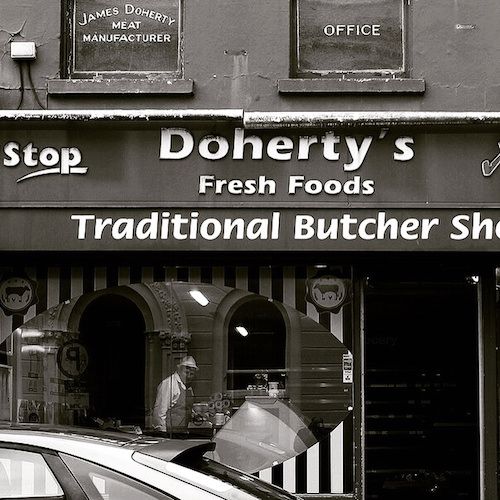 And some people that originally lived in Donegal and had move to the North even came out to Donegal to buy their mince because it had a different taste to that of its parent company which was based in Derry. Doherty’s vans had to be ready to go every day. John Clarke’s van , Shaun Higgins van, Micky Doherty’s van and Michael Lynch’s van was how we knew the fleet after the names of the drivers that drove them.

We could even tell by their driving style and what part of Donegal they were delivering to and what the fault would be anything from springs, starter motors or clutches as soon as they turned in the gate way of garage on the Church lane.

I will leave you with a sound that sparked these memories and the images from Brian Devine’s Hillman powered with the none other than Damian Gallagher behind the week, who also will be leading the rally running at Number 1 on the road this weekend.